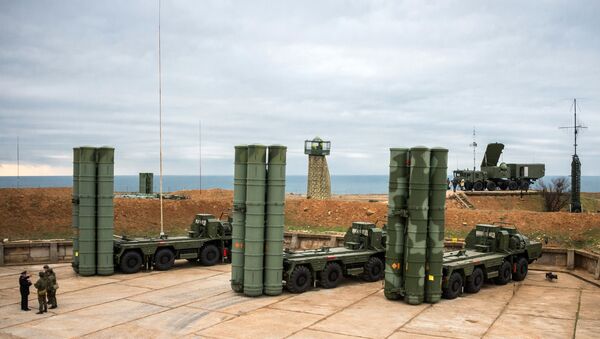 “Let those who criticize us for purchasing the S-400 to fight terrorism look at themselves. Why are they silent about the S-300 which Greece has? And they tell us that this is a wrong step. What kind of alliance, what kind of solidarity is this? This would fly, but not with us,” Erdogan said in parliament.

In December, Russia and Turkey signed a loan agreement on the purchase of Russian-made S-400 air defense missile systems. According to the deal, Russia will supply Turkey with four batteries of S-400s. The initial delivery of the batteries to Ankara is planned for the first quarter of 2020, and the systems will be operated by the Turkish Armed Forces independently of Russia.

'Strategic Security': Why Iraq Needs Russia's S-400 Missile Systems
The deal has become a major concern for NATO. Earlier this month, NATO Deputy Secretary General Rose Gottemoeller said that the S-400 does not integrate with NATO members' systems, while NATO's Military Committee Chairman Petr Pavel warned that although the nations had sovereignty in decision-making, they are also "sovereign in facing the consequences of that decision."

Minister of Foreign Affairs of Turkey Mevlut Cavusoglu stated that Turkey opposed the use of threats in relation to the deal.