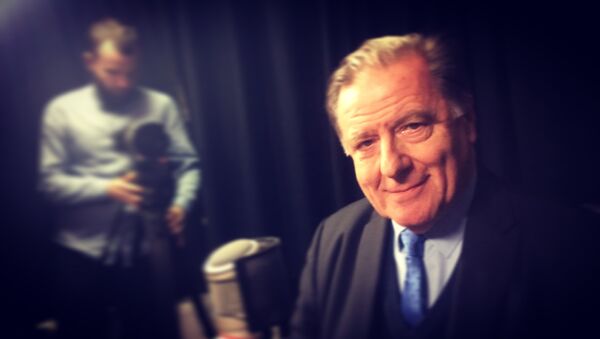 In an interview with Sputnik, former French Ambassador to Russia Claude Blanchemaison said that in 2003 there existed a real scenario whereby Russia would have entered the common economic area with the European Union.

According to him, the only serious obstacle at the time was Gazprom, which was considered a monopoly by the European Commission and it insisted on the necessity of expanding competition rules to the gas market. However in 2004, there arose a more serious problem connected with the entry of new members to the EU, who did not want Russia to be integrated into the EU so rapidly. As a result the point was removed from the agenda, and Blanchemaison regrets this fact, saying that history could have gone quite a different way, which includes also Ukraine.

"At that time we were thinking of how to propel the French-Russian relationship to a new level. We thought it was the right time to establish the common European area. Vladimir Putin absolutely agreed with it. Negotiations started in 2003 and were held under difficult conditions: the European Commission announced Gazprom to be a monopoly. The European Commission usually has a fixed notion on this, that competition rules should be spread to everything. But there arose difficulties: in 2004 the European Union expanded. East European countries and the Baltic countries did not want such a rapid entry into the agreement on economic alliance between Russia and the EU. It became impossible to build those sorts of plans, because the parties had lost their interest in this, including the Russian side, […] nationalists, pan-slavists considered this idea not to be the best. This tendency won out, because negotiations went into a slide. It’s a pity. Maybe many things could have been prevented, particularly what happened in Ukraine."

Breaking point in relations between Russia and the West

"[Putin’s speech in Munich in 2007] was the breaking point, at least in the public’s perception: from that time the Russian Federation has intended to protect its interests.  After Russia tried to cooperate with the West, with NATO – when I started working in Moscow some of Moscow's strategists were toying with the idea of Russia’s entry into the North Atlantic Alliance. Probably, not into the military organization, but at least into the North Atlantic Alliance. There was an attempt to integrate it into western structures. Not to speak of the G8: Putin took part in all the summits till 2014. The war with Georgia in August 2008 was the first consequence," he said.

Possibility of cooperation between Russia and Europe

Speaking about the prospects of cooperation between Russia and Europe, the former French envoy said, "I hope that by that time [2025] a cooperation agreement between the EU and Russia will have been concluded. Maybe it is necessary to concentrate on the spheres where it will be possible to achieve results – supposedly, to loosen the visa regime, improve conditions for youth migration and extend student exchanges. […] I think Emmanuel Macron did the right thing when he invited Vladimir Putin to join in the Trianon dialogue, […] they will meet again in St. Petersburg."

'Creation of a Multi-Speed Europe is Inevitable'
"President Jacques Chirac, to be sure, frequently talked with President Putin. Both of them considered that the world should be multipolar. The epoch of the bipolar world ended along with the Cold War, but the world became monopolar, possibly, for several years, when the USA felt they could dominate the world. This period has passed and then came along the epoch of a multipolar world, which has complicated the game, thereby making it less respectable, but more liberal at the same time," Blanchemaison said.

"This game makes one wonder which countries have a real long-term strategy. China definitely has a long-term strategy. Possibly, the US has a long term-strategy – whoever their president is – to preserve their influence in the world. Maybe it could be considered a weakness, but I am a pro-European and think that the EU is something revolutionary and it alters the traditional nation-state game from the 19th century and, in point of fact, it plays an important role," he concluded.

The views and opinions expressed in this article by Claude Blanchemaison are those of the speaker and do not necessarily reflect those of Sputnik.