All You Need to Know About Oscars 2018 (PHOTOS) 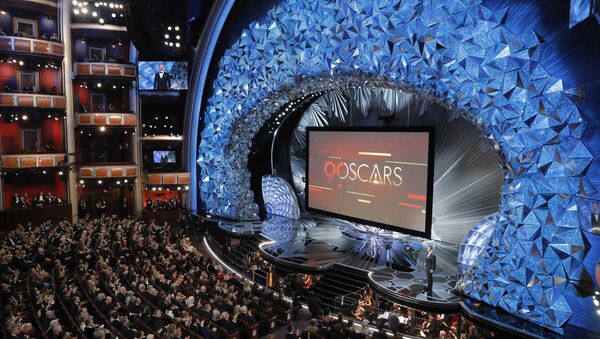 MOSCOW (Sputnik) - The US Academy of Motion Picture Arts and Sciences (AMPAS) has announced the winners of the 2018 Academy Awards, known as the Oscars.

The ceremony took place at the Dolby Theatre in Hollywood, Los Angeles late on Sunday for the 90th time.

'The Shape of Water' Wins 4 Awards

The movie "The Shape of Water" by Mexican director Guillermo del Toro won four awards — more than any other movie this year. The film was awarded best movie of the year, best original score (Alexandre Desplat) and best production design. Moreover, del Toro himself was named best director for this film.

The film tells the story of a mute cleaner woman, who works at a secret government laboratory and falls in love with a captured humanoid-amphibian creature. 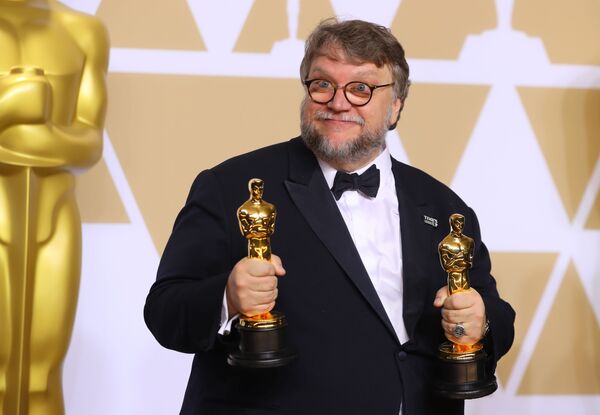 The US-UK-French-Dutch war film "Dunkirk" by Christopher Nolan won three awards: for best film editing, best sound editing and best sound mixing. The movie is dedicated to the 1940 Operation Dynamo when the United Kingdom managed to evacuate over 300,000 troops from defeated France via the port of Dunkirk.

"I want to dedicate this, to every young filmmaker, the youth that is showing us how things are done. Really, they are. In every country in the world." — @RealGDT

A huge congratulations to #TheShapeofWater team on their 4 wins at @TheAcademy Awards tonight! #Oscars pic.twitter.com/22frHmiZ2g

He won He won He won!!!!👏👏👏🏆🏆🎆💝
GARY OLDMAN WON THE #OSCAR FOR BEST ACTOR IN A LEADING ROLE at the 90th Academy Awards 2018!!!
Our greatest and sincere Congratulations for this KING and his astonishing acting performances!!!🏆@TheAcademy #bestleadingactor @GaryOldman pic.twitter.com/2VHpVcfuR8

Another actor from "Three Billboards Outside Ebbing, Missouri" Sam Rockwell was awarded Best Supporting Actor for the role of officer Jason Dixon.

Allison Janney won the Best Supporting Actress award for the role of LaVona Golden in the "I, Tonya" movie about the life of figure skater Tonya Harding. 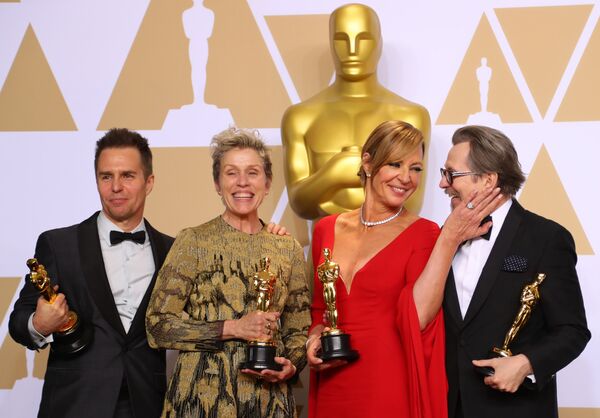 This is Zvyagintsev's second defeat at the Academy Awards — his movie "Leviathan" was nominated in 2014 but lost to the movie "Ida" by Polish director Pawel Pawlikowski.

Russia was mentioned once again during the ceremony as the US film "Icarus" by Bryan Fogel about alleged Russian sports doping violations won the Academy Award for Best Documentary Feature. During the ceremony Fogel said that he dedicated the film to Grigory Rodchenkov, the World Anti-Doping Agency (WADA) informant and former head of the Moscow Anti-Doping Laboratory.

AMPAS announced awards in a total of 24 categories. 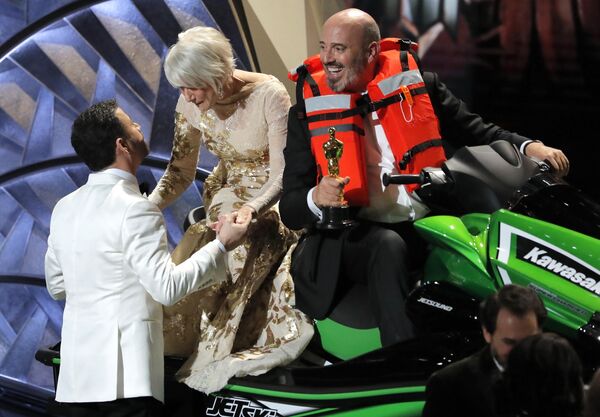 "The Darkest Hour" was also awarded best makeup and hair-styling.