Sergei Baburin: Russia Must Bolster Its Standing in Eurasia

Sergei Baburin, 59, is running in the 2018 Russian presidential election as the candidate from the nationalist Russian All-People's Union party.

Sergei Baburin is a veteran of Russian politics who distinguished himself as one of the few Soviet Russian lawmakers to vote against the dissolution of the Soviet Union in December 1991, and for his opposition to President Boris Yeltsin during the Russian constitutional crisis in October 1993.

Baburin proposes reforming Russia's Constitution, adopted in 1993, to strengthen both the executive and the legislative branches of power. The candidate believes that the state's social policy should aim to bring back the best aspects from Russia's Soviet past. Baburin and the All-People's Union favor curbing immigration, and have been characterized as having socialist, nationalist, pan-Slavist and monarchist tendencies.

On foreign policy, Baburin focuses on strengthening Russia's geopolitical standing in Eurasia, which includes shoring up Moscow's role in BRICS and the Shanghai Cooperation Organization (SCO). 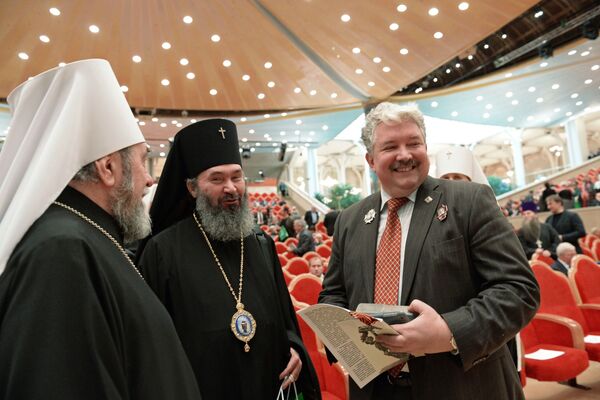 1/12
© Sputnik / Sergey Pyatakov
/
Go to the photo bank
Sergei Baburin (right) speaking with clergymen at Christ the Savior Cathedral in Moscow during the 19th congress of the World Russian People's Council. 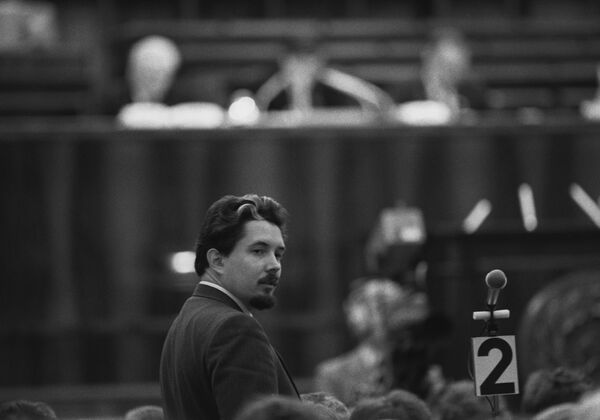 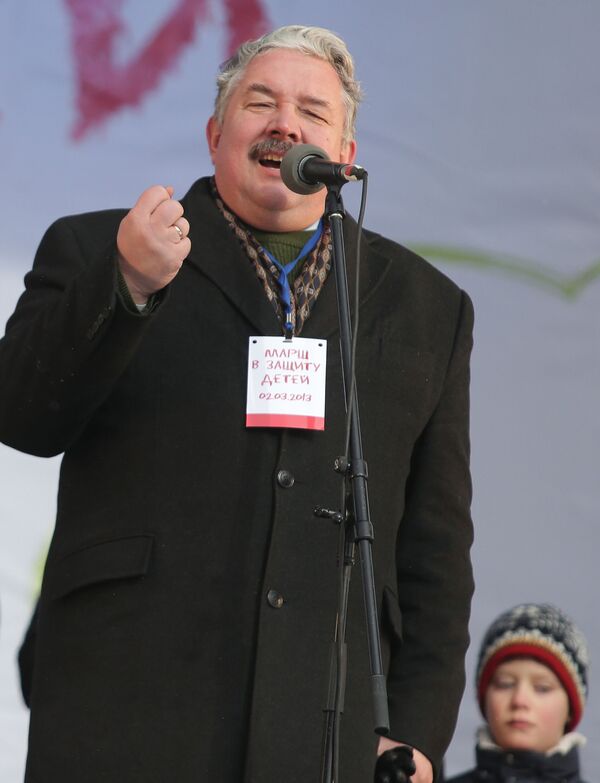 3/12
© Sputnik / Valeriy Melnikov
/
Go to the photo bank
Russian Popular Union leader Sergei Baburin speaking at a meeting dedicated to the defense of children in Moscow. 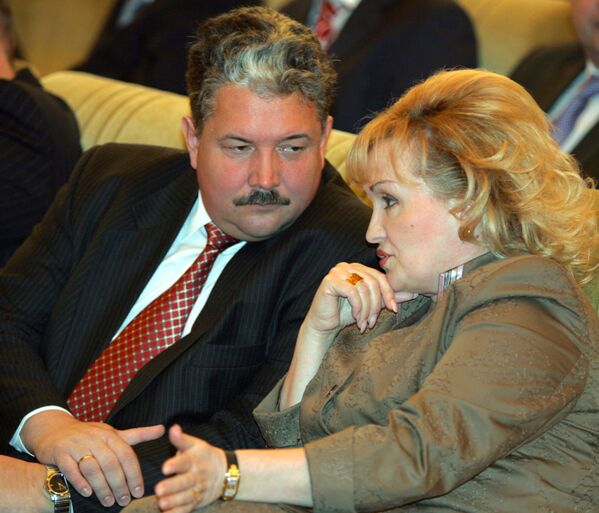 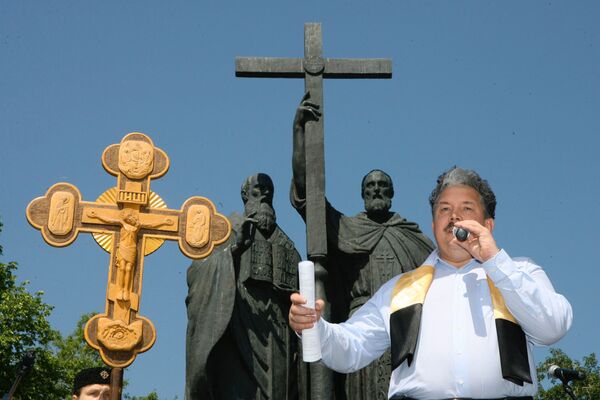 5/12
© Sputnik / Vladimir Fedorenko
/
Go to the photo bank
Duma vice-speaker Sergei Baburin during a rally "in defense of Orthodox Christian culture and the traditional way of life," organized by the People's Union party, in Moscow. 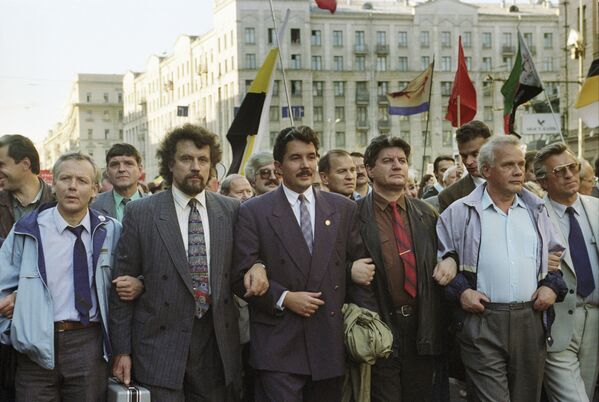 6/12
© Sputnik / Alexander Polyakov
/
Go to the photo bank
Procession dedicated to the anniversary of the 1993 Russian constitutional crisis. Baburin, center, was one of the most outspoken leaders of the anti-Yeltsin opposition during the crisis, which culminated in the shelling of the Russian White House. 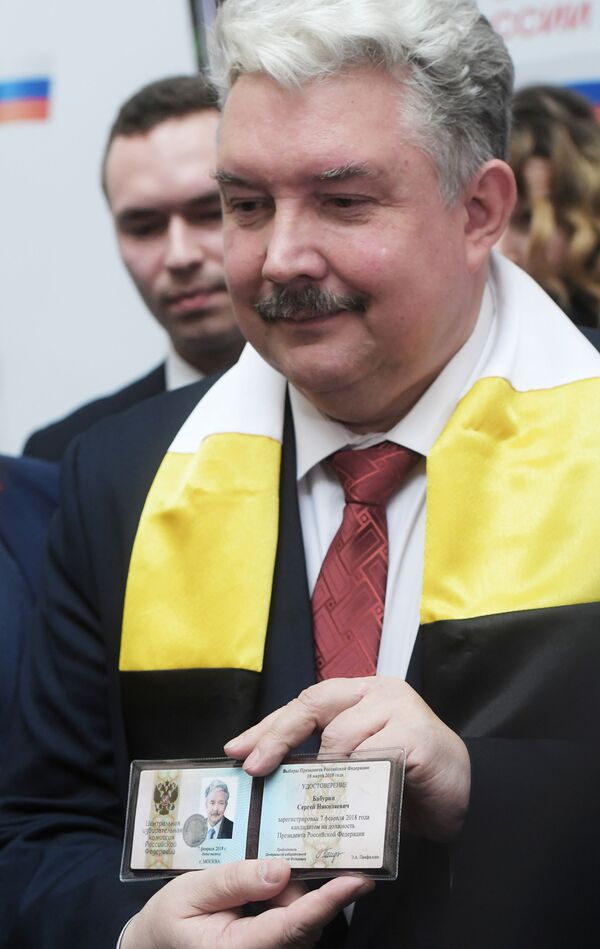 7/12
© Sputnik / Evgeny Biyatov
/
Go to the photo bank
Baburin posing for the media with his registration card as a candidate in the 2018 Russian presidential election. 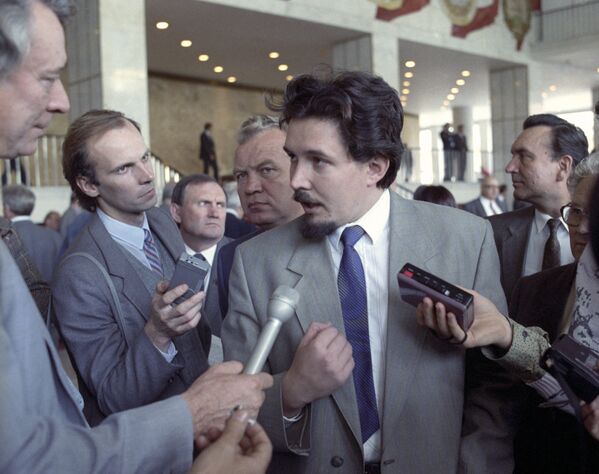 8/12
© Sputnik / Vladimir Rodionov
/
Go to the photo bank
Sergei Baburin speaks to journalists in the Kremlin Palace during a break at the extraordinary congress of people's deputies in September 1991. Baburin was one of the few deputies to vote against the dissolution of the Soviet Union in December 1991. 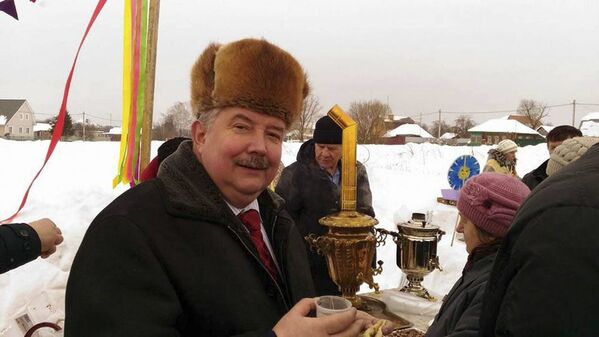 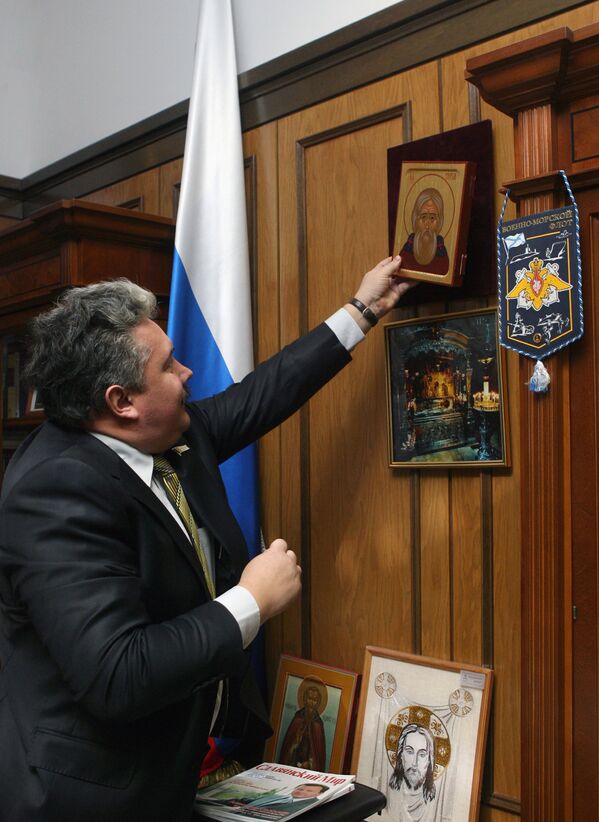 10/12
© Sputnik / Vladimir Fedorenko
/
Go to the photo bank
Duma Vice-Speaker Sergei Baburin in his office following the final session of the 4th convocation of the Russian Duma, 2007. 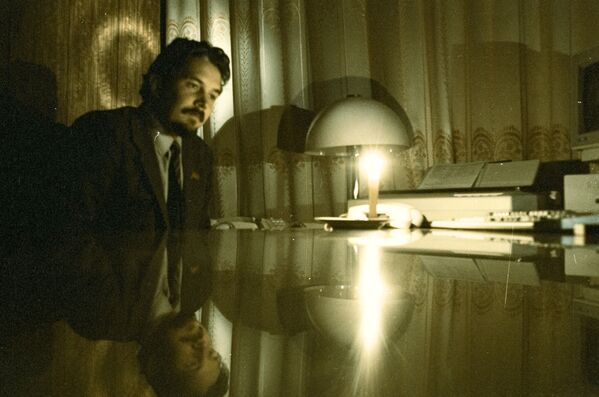 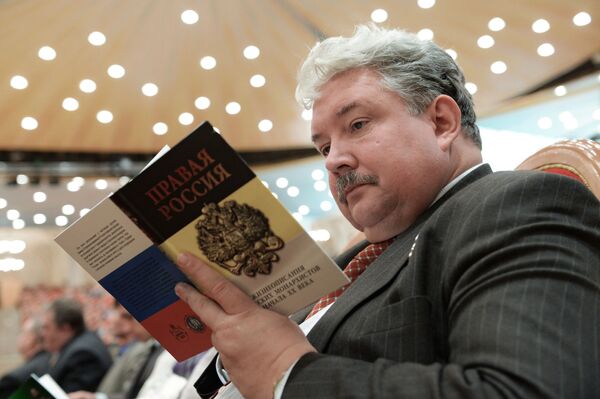 12/12
© Sputnik / Sergey Pyatakov
/
Go to the photo bank
Sergei Baburin at the opening of the 19th congress of the World Russian People's Council, a non-profit organization and international forum dedicated to Russia's present and future headed by Patriarch Kirill of Moscow.
Newsfeed
0
Access to the chat has been blocked for violating the rules . You will be able to participate again through:∞. If you do not agree with the blocking, please use the feedback form
The discussion is closed. You can participate in the discussion within 24 hours after the publication of the article.
To participate in the discussion
log in or register
loader
Chats
Заголовок открываемого материала