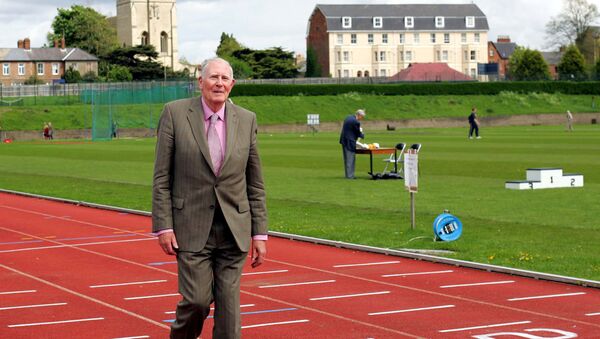 The world of sports has lost one of its most legendary figures - Sir Roger Bannister. He was the first athlete to run a mile in under four minutes.

Roger Bannister, British athlete, has died aged 88. He is known for being the first man to run a mile with the time of 3.59.4, set at Iffley Road sports ground in Oxford on 6 May 1954. Roger Bannister also won gold over the same distance at the 1954 Commonwealth Games.

In 2011 he was diagnosed with Parkinson's disease.

"I have seen, and looked after, patients with so many neurological and other disorders that I am not surprised I have acquired an illness," he said.

Sir Roger Bannister, the first man to run a sub-four minute mile, has died at the age of 88. #SSN pic.twitter.com/7yNqtv2asJ

Bannister specialized in running medium distances. He participated in the European track-and-field championship in 1950 in Brussels, where he won a bronze medal running a distance of 800 meters.

In 1954, Bannister became the European champion in the 1,500-meter race at the European Championships in Bern, after which he retired from the big sport.

After finishing his sports career, Bannister becomes a well-known neurologist, but still continuing to co-operate with the various sports organizations.

In 1975, Bannister was knighted by Queen Elizabeth II. He was also the director of the National Clinic for Nervous Diseases in London and has published scientific periodicals in the field of neurology.