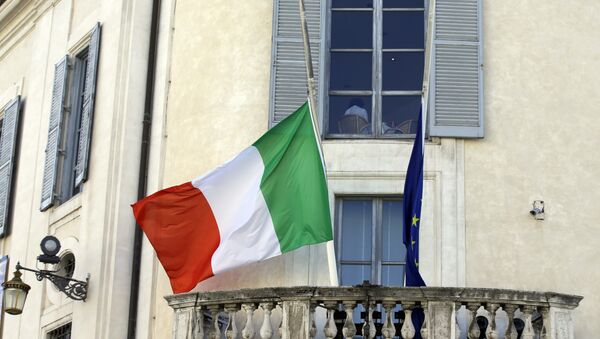 ROME (Sputnik) - The center-right coalition has a good chance to win the general election held in Italy on Sunday, and right-wing Lega party may well get an edge over the three other political forces in the center-right alliance, a member of the Chamber of Deputies from Lega, Massimiliano Fedriga, told Sputnik in an interview.

"According to the enthusiasm I perceived during the electoral campaign, I reckon that both our party and our coalition will meet a great success… Generally speaking, I am confident in the centre-right winning and in our party gaining the relative majority within the coalition," Fedriga said.

The turnout in the south of Italy will be very important to the party, formerly known as Lega Nord or the Northern League, especially since this will be "the first general election in which we deal with that specific electorate," Fedriga said.

Italians are electing members of the parliament and the country's prime minister. Predictions that right-wing and populist movements could perform really well were widespread during the campaign.

"The so-called establishment showed all its lack in answering to the people's issues… Sovereignty is the answer people expect after the failure of 70 years of global policies, which killed economies and crushed confidence in a brighter future," Fedriga said. 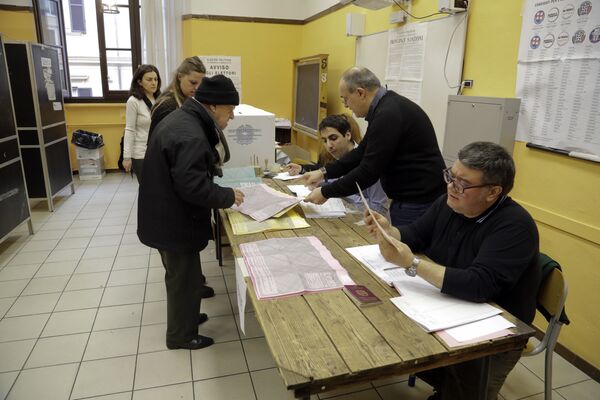 Polling operations begin in Rome, Sunday, March 4, 2018. An election in Italy on Sunday will determine the makeup of the nation's Parliament and its next government
© AP Photo / Andrew Medichini
According to the lawmaker, "disaffection" is a big problem in Italy, underscoring the country's lack of confidence in politics.

"As I said, the lack of benevolence towards governments and confidence in politics reveals itself in this particular stat," Fedriga added.

The Lega party will stick to its pledges and is not going support other alliances even if center-right does not win the election, the lawmaker added. 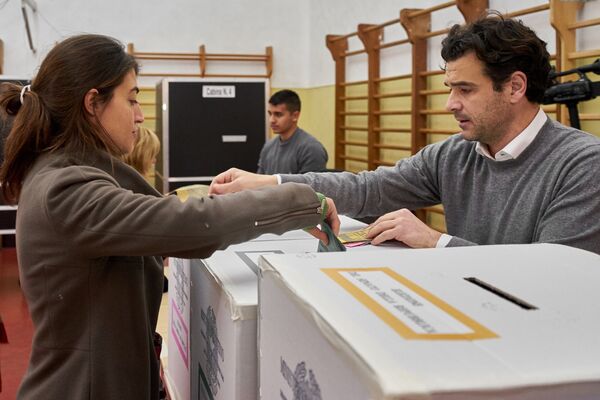 Fedriga went on to say that the party that wins the relative majority will be granted a right to prevail in terms of determining a political agenda.

"For the first time in history, citizens will have the chance to decide — within the centre-right coalition — who will lead the next government. This means that all parties composing the coalition do of course share the same values and agree on all major strategies, but each has its own specific recipe (e.g. our proposal is a 15% flat-tax, whereas Forza Italia sets it at 23%). We therefore officially agreed that the party winning the relative majority will have the privilege to prevail on the others on the agenda-setting," Fedriga said.

This election is a competition among the ruling Democratic Party (PD), led by Matteo Renzi, center-right Forza Italia, led by a famous comebacker of the Italian politics Silvio Berlusconi, right-wing Lega (formerly Lega Nord), run by Matteo Salvini, and anti-establishment Five Star Movement (M5S) with Luigi Di Maio. There are some other smaller parties who established alliances with others. Thus, the center-right coalition has already taken shape and comprises four parties. M5S ruled out any coalitions.

The views and opinions expressed in this article are those of the columnist and do not necessarily reflect those of Sputnik.