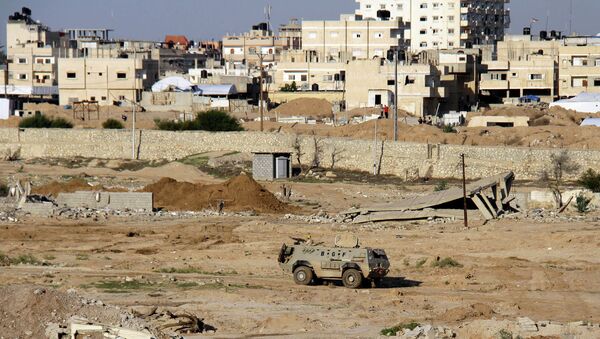 CAIRO (Sputnik) - Egyptian forces have killed 10 terrorists over the last 48 hours and detained around 250 people suspected of extremist activities in the northern and central parts of the Sinai Peninsula, the army said in a statement on Sunday.

The major anti-terror offensive in the area started on February 9.

According to the statement the army has also destroyed several explosive devices, weapon depots, terrorist hideouts and an underground storage of fuel.

A convoy of 11 cars loaded with weapons trying to trespass the Libyan-Egyptian border has been eliminated, the statement read further.

Cairo has been engaging in anti-terror activities on the Sinai Peninsula for years, where militants have repeatedly staged deadly attacks. In 2014, a state of emergency was introduced on the peninsula after militants attacked Egyptian security officers in the area.