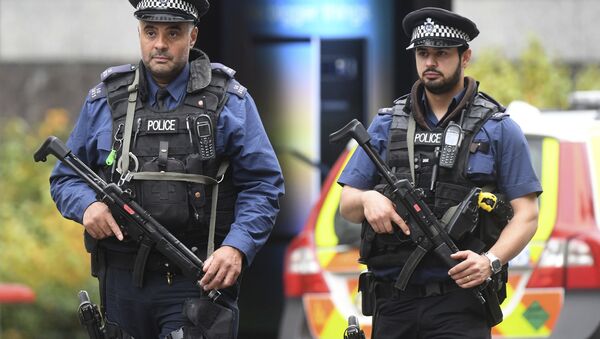 UK Police on Sunday rushed to London’s district of Harold Hill, located in the northeastern part of the British capital, following reports of a huge blast.

The fire crews and police officers arrived at the scene of an explosion that occurred at 12:30pm local time.

No one has been wounded or killed in the blast, the Metropolitan police said in a statement.

The authorities said the incident was not a terrorist act, saying the blast was gas related.

The roads have been briefly closed and drivers were advised to avoid the area.

Officers along with other emergency services are currently on the scene in Farnham Road #HaroldHill, following reports of an explosion. Cause n/k but not currently being treated as terror-related. We await updates re any injuries. Pedestrians & motorists advised to avoid the area.

The forced evacuation of people in nearby buildings is underway.

I’ve just been evacuated from my house in the pouring rain. Great

Apologies to all our customers in Romford Harold Hill we have had to close our coop store on police advice due to an explosion. All colleagues have been evacuated safely. Great work by the store team. pic.twitter.com/5CHth1DqFP

London was hit by a wave of terror attacks last year, including car-ramming incidents at Finsbury Park, on London Bridge and Westminster Bridge, putting UK security forces on high alert. After a bombing in the London tube on September 15, which left dozens of people injured, the terror threat level was raised to critical but has since been lowered to severe, the fourth out of the five terror threat levels.