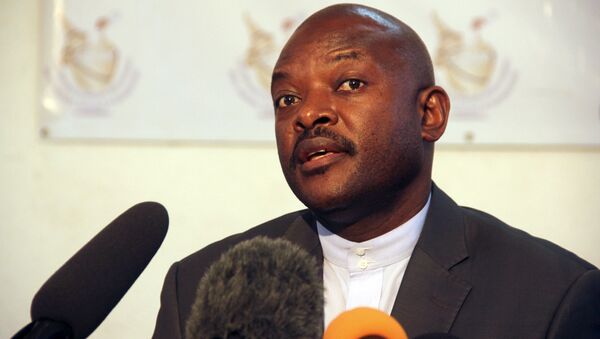 There’s one rule that transcends competition when you’re playing a football match against Burundi’s Haleluya FC: don’t mess with the president.

Two government officials were tossed in jail after some opponents of Burundi President Pierre Nkurunziza's team had the gall to play the leader tough in a February 3 match. They're charged with committing "conspiracy against the president," a judicial source told the AFP.

As the BBC reported Friday evening, opponents usually get the tip that when you play against the president, it is wise to make things easy for him, "perhaps even allowing Nkurunziza to score."

But the team playing Haleluya FC from Kiremba, Burundi, had a few players from the Democratic Republic of Congo who were living in Kiremba as refugees and were allegedly recruited by Kiremba administrator Cyriaque Nkezabahizi and his assistant Michel Mutama, News 24 reports.

The Kiremba players were somehow never informed of the special circumstances inherent in playing the president's team. As a result, the players "attacked each time he [Nkurunziza] had the ball and made him fall several times."

Nkezabahizi and Mutama were put in prison on Thursday, almost a month after the match, the BBC reports.

Nkurunziza plays up to three football matches a week at the age of 54 and used to work as a sports professor at the University of Burundi. The leader, who has been in power since 2005, has overseen the construction of dozens of stadiums across the country and travels with a personal choir called the "Komeza Gusenga," which translates to "pray non-stop" in Rundi, the official language of Burundi.