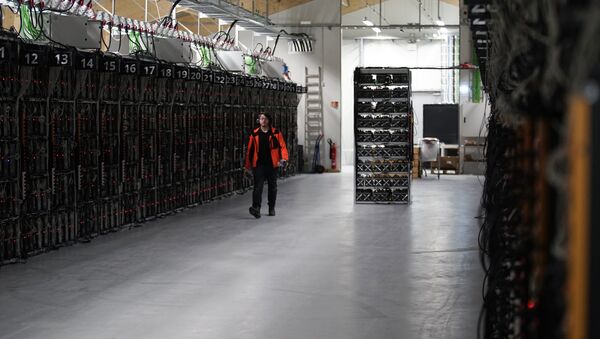 © AP Photo / Egill Bjarnason
Subscribe
Cryptocurrency mining is regarded as a profitable enterprise and is winning fans all over the world - however, for some, it has brought calamity instead of income: some extra-enthusiastic miners literally burn down their own flats, while others have their expensive equipment stolen.

Police in Iceland recently reported a series of large-scale robberies, as a result of which about 600 computer farms for mining bitcoin and other cryptocurrencies have been stolen. The cost of damage is estimated at almost $2 million, Associated Press reports.

As part of the investigation of the incident, 11 people were arrested, one of whom worked as a security guard. On Friday, the Reykjanes District Court expressed restraint, leaving only two people under arrest.

"This is grand theft on a scale unseen before," said Olafur Helgi Kjartansson, the police commissioner on the southwestern Reykjanes peninsula.

However, the stolen hardware has not yet been found, and the police are currently monitoring areas with high energy consumption.

READ MORE: Bank of England Calls for Regulation of Bitcoin and Other Cryptocurrencies

Iceland is home to the data-centers of a number of the mining companies, including one known as Genesis Mining. Many of them keep their whereabouts a secret.

Earlier this year, the Pirate Party of Iceland stated that the authorities of the country should consider taxing the mining companies that are actively operating on the island.