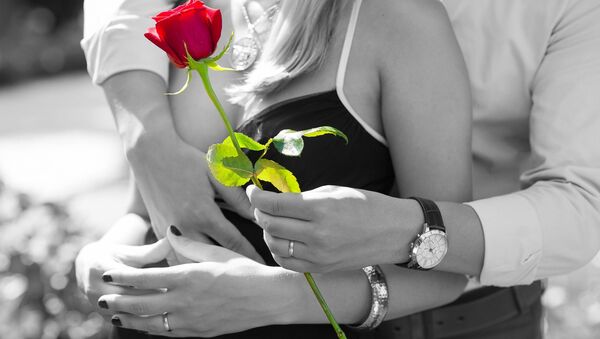 Looking graceful in a ceremonial skirt and high heels, Russian women come down the stairs one by one to pose for Chinese single men.

The men, from relatively developed areas of China, traveled many hours to join this cross-border transnational blind date organized by a matchmaking service. Here they will meet Russian women with whom they have previously chatted online, usually assisted by a translator.

During the most recent trip organized by Chinese agent Golden Marriage in Vladivostok, a Russian city not far from Russia's borders with China, five of the 10 Chinese single men were matched successfully with a future spouse.

As China and Russia usher in a sub-national cooperation exchange, the two countries are also extending their cooperation to nongovernmental levels and deepening their friendship through facilitating personal connections. Intermarriage is now becoming part of it.

With Chinese Ambassador to Russia Li Hui's public speech early this month highlighting that China and Russia are stepping into a new era, more Chinese agencies are catering to the dating interests of Chinese men seeking attractive Russian women.

Russia is now at China's doorstep. The Siberian Times reports that cities such as Blagoveshchensk, opposite the Chinese city of Heihe, Heilongjiang Province, have seen an upsurge in cross-border marriages.

"The Russians living here have a lot of contact with the Chinese. Due to the relatively slow economic development here, the willingness of the girls to marry abroad is stronger than elsewhere, because they appreciate Chinese men's merits, such as being considerate and family-oriented," the agent said.

More than a normal transnational dating tour, the agent has enriched the process of the "international marriage fair" with extras ranging from introducing bilateral intermarriage history to offering training sessions for Chinese and Russian etiquette to attendees.

Lin, owner of the Golden Marriage, upgraded his business to the level of national interest, asserting that his business "does not only benefit young singles of both countries, but also submits to the Belt and Road national strategy."

"There is no form of cultural exchange more powerful and effective than intermarriage," he pitched to the public.

"The historical bond and geographical proximity China has with this Eastern Euro country contributes to the market," Lin interpreted. "Moreover, as China has more marriageable men than women, encouraging Russian girls to marry into China can well alleviate the gender imbalance concern in China."

The Moskovskij Komsomolets, a Moscow-based daily newspaper, released an article titled "Russian men in shortage: Chinese group blind date tour in Russian" [English translation] to suggest that China's export of "leftover" bachelors appears to be a solution to the current imbalanced gender ratio in Russia.

A piece by the People's Daily Overseas Edition released data in 2017 estimating that around 15 million men in China between the ages of 35 and 59 will not be able to find wives by 2020. This is where Lin finds his niche. He and labels his business "very promising in the future."

Calling for more support from authorities, Lin wishes that encouragement measures for Sino-Russian marriage could be "finally written into the Belt and Road program."

Sun Zhuangzhi, an expert in Sino-Russian relationships from the Chinese Academy of Social Sciences, does not see any possibility of taking intermarriage formally into the Belt and Road national strategy.

"The authority has no political limitation on cross-border marriage, but, practically, we can only expect them to promote the nongovernmental contacts and youth interaction between the two countries here and now."

In 2016, some Chinese matchmaking agents started to organize for their male clients — with "being financially successful" as the only selection criterion for participating — travel to Russia for romance and marriage, reported the newspaper.

Regardless of the actual success rate, which is yet to be confirmed, the high expectation of those clients comes with high price tags. Deep-pocketed bachelors have to pay 29,800 yuan ($4,683) for a typical six-day trip to Vladivostok to meet Russian women, according to Golden Marriage.

Some agencies even organize language and customs training classes with extra fees before departure for those who wish to boost their chances of catching a Russian beauty.

What’s in Store for the Syrian Women Married to Foreign Fighters?

Such tours, however, drew wide criticism on Chinese social media and were accused of human trafficking as "a fancy international prostitution ring."

"In the name of helping 'elite single men' get a successful transnational marriage, such transactions materialize Russian women and abuse the pure relationship," read one comment on Chinese social media Sina Weibo.

Tatyana, a Russian woman who owned a China-based dating agency, revealed to the Global Times that illegal agents even pay "Russian brides" to scam those men who crave exotic women during so-called singles' tours.

It is not the first time the media has highlighted the phenomenon of Chinese men marrying Russian women as a solution to China's "leftover men" issue.

'Yes, It's Love': Gerhard Schroeder Takes to Korean Food Because of Girlfriend

Though the trend of Russian women marrying Chinese men may indicate a new phenomenon, many Chinese students who have experience living in Russia say that it is still in the fledgling stage and not yet widespread.

A few dating agents told the Global Times that the proportion of Russian women who have the intention of marring Chinese men remains very small.

"It is less common among my friends," said Chen, 25, who has spent five years in Russia and has a Russian girlfriend. "Russian girls at our university actually rate European men higher than Chinese men."

Nevertheless, the couple has been in a relationship for nearly three years, though Chen's girlfriend was repeatedly asked by her Russian friends why she chose a Chinese over others, whereas Chen's Chinese friends, who regard Russia and Ukraine as a "land of beauties," "feel nothing more than envy and blessing."

Some agents admit that only brides from less economically developed areas of Russia or Ukraine can be a "hot import" to China.

"We usually send our Chinese clients to small Russian cities in the far eastern area, because it is economically less developed. Girls from these communities are more open to marrying a foreigner for better financial security," Tatyana explained.

"But those from the capital or other first-tier cities with a better education background or financial capability prefer European men, either because of a higher level of culture commonality or closer geographical proximity," she added.

Such priority applies equally to Chinese women who are willing to marry foreigners. Feng Fan, a Chinese woman who spent three years in Russia, feels "it is more typical to see the intermarriage combination formula of a male from a developed country with a female from a less developed one."

The cross-border intermarriage trend between China and Russia, in addition to increasing Chinese migration into Russia in recent years, has also raised some eyebrows about China's growing influence in Russia — using suitcases and marriage certificates instead of politics.

"The Russian Far East is becoming China's safety valve, much like Mexico lets off population pressures with migration into the United States. Only 7.4 million Russians populate the entire Russian Far East, versus more than 70 million in northeast China," ABC News wrote in an editorial.

Sun Zhuangzhi dispelled such speculation. "In northeastern regions of China, we share a very similar population structure with Russia, which makes our government unlikely to 'export singles to other countries' but rather to encourage them to remain in the local community."

"If there was a certain degree of official support, I believe it only existed in a looser birth policy, which allowed those transnational couples to have more than one in the past decades," Sun explained.

This story by Hu Yuwei was first published in the Global Times.