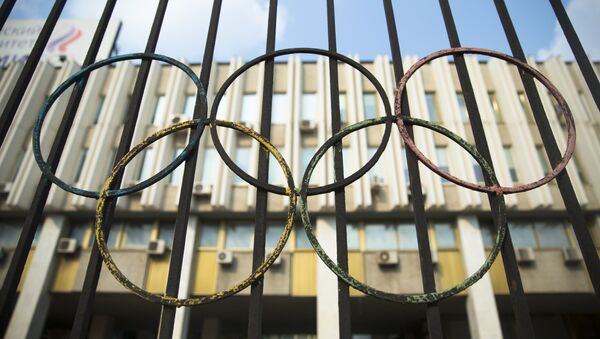 MOSCOW (Sputnik) - The Russian Olympic Committee (ROC) President Alexander Zhukov said Friday that Russia would not recognize the conclusions made by the World Anti-Doping Agency’s (WADA) commission on the presence of a state-sponsored doping program in Russia, as such claims were untrue.

"The entire roadmap for RUSADA's restoration has almost been completed, with the exception of two points. The first point is the recognition of McLaren's report, which, in general, I think, can't happen, because McLaren's report states that there was a state-supported doping system in Russia, and this is not the case," Zhukov said as broadcast by the Rossiya 24 television channel.

The ROC president's statement refers to the WADA accusations of multiple anti-doping violations against Russia, voiced in 2015, which resulted in the suspension the Moscow laboratory of the Russian Anti-Doping Agency (RUSADA). One of WADA’s criteria for restoring RUSADA was Russia's recognition of the results of the investigation run by Richard McLaren's commission.

Responding to the move, Russian officials have refuted the allegations of state-sponsored doping but admitted that Russian athletics had some issues with doping abuses.

Established by the International Olympic Committee (IOC) and headed by Samuel Schmid, the commission said in December that there was no proof of state support for the doping system in Russia.

"And Schmid's report directly says that such a system did not exist… There's a contradiction here that needs to be resolved through negotiations with the WADA somehow, because they insist on recognizing something that did not happen," Zhukov stated.

In 2016, McLaren, head of a WADA independent commission, presented a two-part report on doping violations in Russia that alleged the existence of a state-supported doping program. 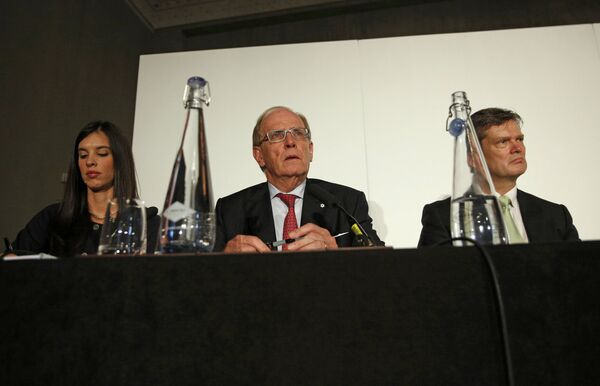 Lawyer Richard McLaren (C) delivers his second and final part of a report for the World Anti-Doping Agency (WADA), at a news conference in London, Britain December 9, 2016.
© REUTERS / Neil Hall

The IOC established two commissions to decide on appropriate sanctions and measures. The first was led by Denis Oswald and tasked with re-verifying doping probes of Russian athletes from 2014 Olympic Games in Sochi.

The second was headed by former President of Switzerland Schmid and focused on the alleged involvement of the Russian Ministry of Sport and other Russian government agencies in doping abuse among the country's athletes.