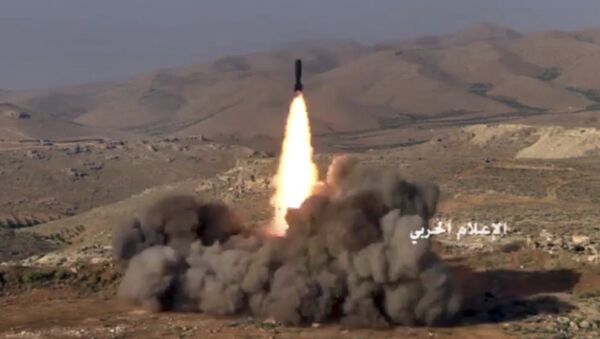 The supreme commander of the Lebanese military declared on Thursday that his forces were equipped with “the complete will” to defend their country from Israeli aggression, as relations between the neighboring Middle Eastern countries continue to ratchet up.

Lebanese Commander General Joseph Aoun (no relation to the Lebanese President Michel Aoun) commented that the forces under his command would not be taken by surprise while touring troops stationed in the capital city of Beirut.

"The army maintains its readiness on the southern border to confront any Israeli military aggression or any attempt to encroach on parts of its land and maritime borders," Aoun said on Thursday.

"The army has the complete will to defend Lebanese rights through all of its available means and capabilities, no matter how much the enemy's threats and provocations may escalate."

While Israel and Lebanon have never had good relations, things have threatened to explode into armed conflict as spillover from the Syrian Civil War. One major player in the conflict is Hezbollah, a Lebanese militant group that serves as a proxy for Iran, Israel's greatest enemy.

Hezbollah is a paramilitary group, but their political wing is also a crucial part of Lebanon's ruling March 8 Alliance, a coalition of primarily conservative and nationalist parties. Hezbollah holds 11 of the 128 seats in the Lebanese Parliament. President Aoun's party, the Free Patriotic Movement, is also part of the March 8 Alliance.

The presence of an Iranian proxy in Lebanon has been a sticking point in bilateral relations with Israel, further inflamed by Hezbollah's assistance in the battle against Daesh in the Syrian Civil War. In December 2017, Israeli Intelligence Minister Yisrael Katz threatened to bomb Lebanon "back to the stone age" if they allowed Hezbollah to build Iranian rocket platforms in their territory.

"This is a red line for us, whatever the price," Katz said. "The more precise the Hezbollah missiles, the bigger the blow Lebanon will absorb."

Israel has also begun construction of a Lebanese border wall, but Beirut has complained that several parts of the wall cross into their territory. President Aoun told Lebanese paper The Daily Star on Tuesday that the wall was "an additional assault on Lebanese sovereignty that Lebanon rejects."

The two nations also continue to feud over natural gas reserves discovered in the Mediterranean Sea in 2011, as the zone in question is disputed between the two nations. Israel continues to drill in the region, while Lebanon says they are preparing to begin the same.

The feud stretches back to 1982 in the midst of Lebanon's 15-year civil war. Israel invaded southern Lebanon to destroy Palestine Liberation Organization (PLO) bases taking advantage of the chaos to operate out of Lebanon. The PLO was successfully forced out, but relations between Israel and Lebanon never recovered and Hezbollah was soon created from the remains of the PLO.

In 2006, Israel invaded Lebanon once more in retribution for a Hezbollah raid. Over 1,500 people were killed in the fighting, most of them Lebanese civilians. The Lebanese military stayed out of the conflict then, although Hezbollah's resistance eventually forced the Israeli Defense Forces to withdraw. Both sides have repeatedly violated the UN-brokered ceasefire over the conflict: Israeli warplanes have continuously violated Lebanese airspace, while Hezbollah has refused to disarm.