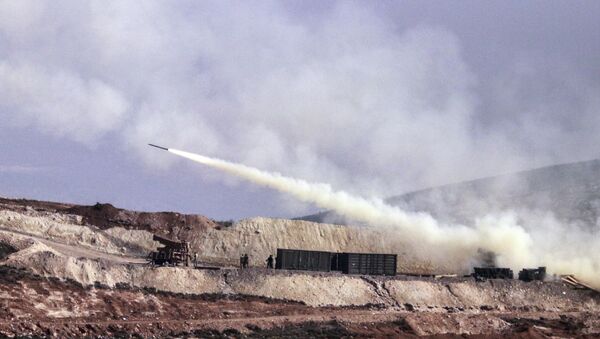 ANKARA (Sputnik) - The United States applies double standards suggesting Turkey to read the UN Security Council resolution on the Syrian truce in the light of Ankara’s operation in Afrin, it is Washington that should read the document, Turkish Deputy Prime Minister Bekir Bozdag said Thursday.

“We have read [the UN Security Council resolution], it is them [the United States] who should read it. Afrin is not mentioned there. This decision of the UN Security Council does not exclude the fight against terrorists, and Turkey is fighting against them and contributing to peace there. Terrorists are all the same, you cannot divide them into bad and good ones. The United States behaves illogically guided by double standards, this cannot be accepted. Not a single civilian was injured during the Olive Branch operation,” Bozdag told reporters.

On Tuesday, US State Department spokesperson Heather Nauert advised Ankara to "go back and read this resolution," when asked whether she would agree that Turkey was violating Syrian ceasefire by its actions in Afrin.

Commenting on the accusations, the Turkish Foreign Ministry's spokesman, Hami Aksoy,said that such US statements undermined the essence of the resolution.

The resolution, however, determined that the ceasefire regime did not apply to military operations against Daesh, al-Qaeda, and Jabhat Fatah al-Sham (formerly known as Nusra Front) terrorist groups.

US Loses Strategic Partner Amid Afrin Battle - Reports
Following the resolution, Bekir Bozdag stated that the resolution did not cover Ankara's military operation against Kurdish militias in Afrin as it had been conducted against terrorists.

At the same time, Turkey has been conducting its military operation dubbed "Olive Branch" for more than a month. The move came as response to Washington's announcement that it would start training a 30,000-strong border security forces, comprised of the Kurdish People’s Protection Units (YPG) and the Democratic Union Party (PYD), which Ankara considers affiliates of the Turkish Kurdistan Workers’ Party (PKK), listed as a terrorist organization by Turkey.