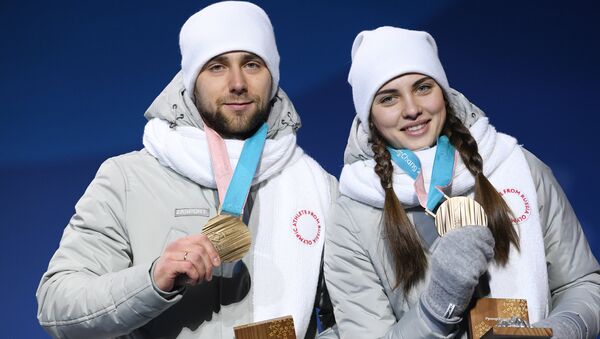 Anastasia Bryzgalova, who performs with her husband and partner Aleksandr Krushelnitckiy, refused to break the team and change partners after their Olympic bronze medal was revoked for his positive doping test.

"There was an offer to play at the World Championship with another partner, but it would not be very nice in relation to other couples who have been preparing for the competition all season. Yes, my head is currently completely filled with other stuff, so it would be difficult for me to perform. Moreover, there are no partners like mine [Krushelnitckiy],” Bryzgalova said.

Krushelnitckiy and Bryzgalova announced that they would like to participate in the Olympic Games-2022, the publication R-Sport reported.

IOC to Provide Videos for Krushelnitsky Investigation - Curling Federation
During the Winter Games in Pyeongchang, the pair won bronze medals in mixed-doubles, but they were stripped of their medals due to the doping test results.

There were traces of the forbidden substance meldonium found in Krushelnitckiy’s sample. The athlete insisted that he did not take it intentionally.

The Russians were left bemused as to how a curler could have been found guilty of doping given the limited impact any banned substances would have on performance in the sport.

The Russian Curling Federation said it would refer to the issue to the IOC, the Organizing Committee, and the World Curling Federation with a request to provide footage from CCTV cameras in the Olympic village to investigate the doping scandal.

The amount of meldonium discovered in Krushelnitckiy's doping probe showed that the substance had been used only once.

Krushelnitckiy refused to participate in the hearings before the Court of Arbitration for Sports (CAS) in this case, acknowledging the formal violation of the anti-doping rules.

Despite the scandal, the pair made quite an appearance at the games, especially the 25-year-old Bryzgalova. The young athlete from St. Petersburg stole the hearts of many during the Winter Olympics. 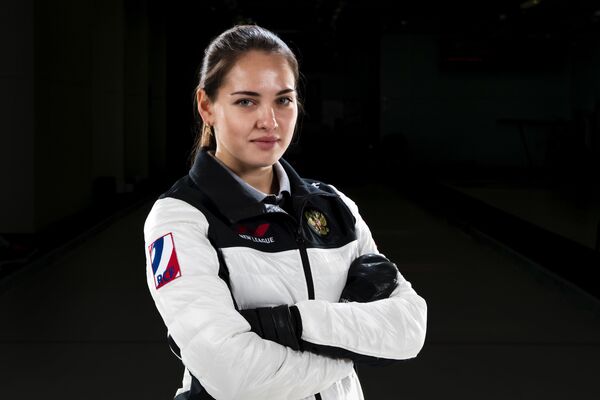 Bryzgalova currently has over 68,000 fans on Instagram, following her posts showing her training and relaxing with her husband.