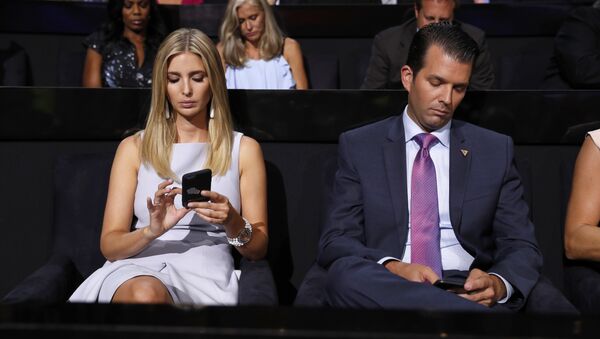 US Federal prosecutors have charged Daniel Frisiello, 24, of Beverly, Massachusetts, with two criminal counts for sending a series of threatening letters to Donald Trump Jr. The charges include mailing a threat to injure a person and false information and hoaxes to at least five addresses around the United States, according to the prosecutor's office.

Similar threatening letters were sent to US Senator Debbie Stabenow of Michigan, the US Attorney for California, a law professor at Stanford University and a California man running for Congress as a Republican, prosecutors said.

One of the letters even contained some powder, sending two people to the hospital, but the white substance in the envelope turned out to be harmless.

The first letter, sent to Donald Trump Jr.'s address, read in part, "You are an awful, awful person… you are getting what you deserve."

Daniel Frisiello, of Beverly, was arrested Thursday. He is expected to appear in federal court in Worcester.

Prosecutors said reviews of social media posts made them to suspect Frisiello and that a search of his trash revealed a computer printout referencing two of the people who received the threatening letters.

Law enforcement has remained on high alert since 2001, when envelopes laced with anthrax were delivered to the offices of US media organizations and lawmakers, resulting in five deaths and 17 infections. The anthrax attacks began one week after the September 11, 2001 terrorist attacks.