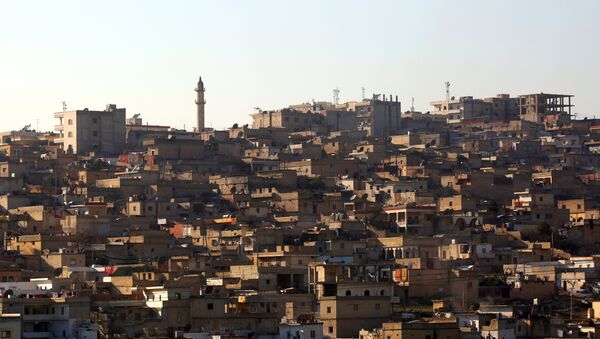 A Turkish attack helicopter was hit in northern Syria but was able to safely fly back to Turkey this afternoon, according to Kurdish media.

A source with ties to Kurdish forces stationed in Afrin told Sputnik a Turkish A129 ATAK attack helicopter was successfully targeted near the Turkey-Syria border.

Footage from Turkey's military operation in Afrin has shown a number of these attack helicopters targeting Kurdish militants.

Turkey is yet to comment on the matter, and the YPG press office has not released any footage of the attack.

Meanwhile, the Turkish news agency DHA reports of violent clashes between the Turkish forces and Kurdish militants in the area of Kep Tepe, the rural area close to Afrin, causing casualties.

According to the agency, Kurdish YPG units attacked the Turkish military, which resulted in losses from the Turkish side. The wounded soldiers were taken to the hospitals of the Turkish city of Hatay. As the media explained, a group of Kurdish fighters managed to find their way to the area through a ramified system of underground tunnels, was taken under fire by the Turkish Armed Forces. 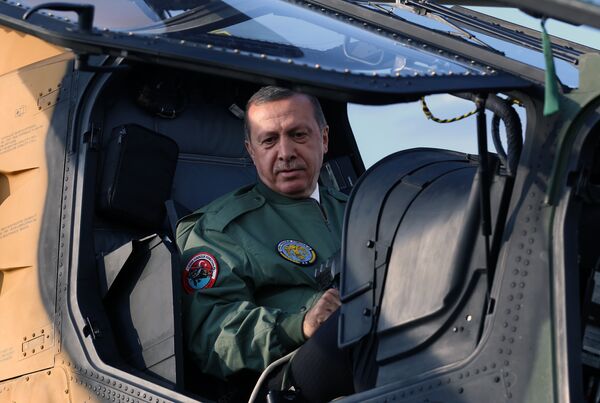 Turkey launched Operation Olive Branch on January 20 to oust Kurdish forces from the area, triggering condemnation from the Syrian government.

Turkey-backed forces recently announced they had seized all positions along the Turkey-Syria border in Afrin.

Although allied militants are spearheading the offensive as opposed to troops from the Turkish Army, Turkey has lost dozens of soldiers during operation Olive Branch, in addition to a A129 ATAK helicopter on February 10.

The Syrian government allowed Kurdish reinforcements from other parts of Syria to cross through their territory to bolster Afrin's defenses, while a number of pro-government militiamen also entered Afrin to counter Turkey-backed forces.