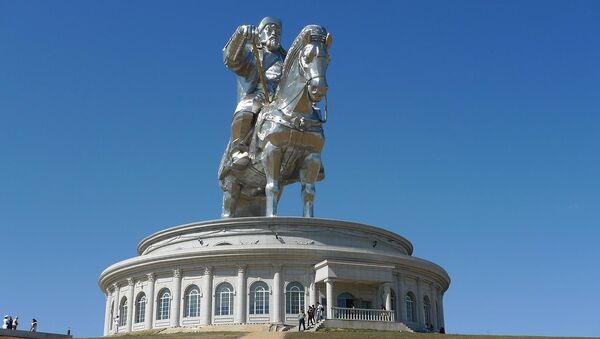 The Mongolian diaspora in Japan has not taken one of the latest jokes in the children’s manga Yarisugi!!! Itazura-Kun well; prompting them to demonstrate against the publication in front of the publisher’s HQ.

Shogakukana – publisher of the manga Yarisugi!!! Itazura-Kun [Going too far!!! Prankster] – probably went “too far” when it decided to publish an image of Genghis Khan, founder of the Mongol Empire and revered in his homeland, with a penis drawn on his forehead. The image was captioned in Japanese, with his name changed to something close to “Penghis Khan.” The picture itself was part of a doodle-drawing contest.

The Mongolians who reside in Japan didn’t find the joke amusing, however. On the contrary, they found it both distasteful and insulting:

Some decided to express their outrage by organizing a protest in front of Shogakukana’s main building.

READ MORE: US Navy Says Sorry for a 'Wind-Borne Wiener' Drawn by Their Pilots

According to the local Oricon News, the publisher has already issued an official apology and sent a letter to the Mongolian Embassy, saying that they were sorry for such an inappropriate prank involving their national symbol and assured that it wouldn’t happen again.