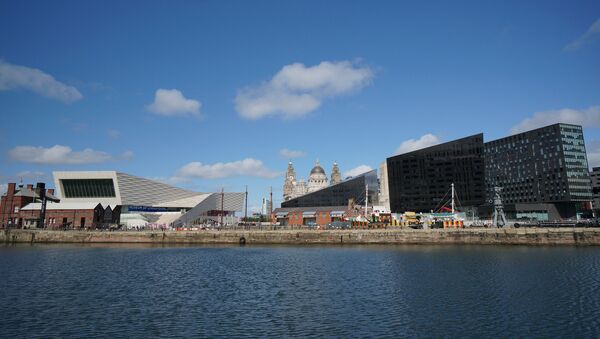 Local council leaders in the north of England on February 27 proposed the convening of a first-ever Convention of the North in June of this year in order to push for greater regional autonomy. The Mayor of Liverpool Steve Rotherham and Andy Burnham of Greater Manchester issued the proposal in conjunction with the launch of the Northern Powerhouse Partnership, seeking to attract greater public investment to the region.

In a year when big decisions will be made for the North on Brexit, devolution and rail investment, @AndyBurnhamGM and I are calling for a Convention of the North to help our region come together and speak with one voice.

​The proposed convention would bring together political, community and business leaders from across the country's north and would take place in the city of Newcastle.

A number of regional issues would be on the agenda.

The Convention will call for the first devolved Parliament within England itself, as opposed to one of the other constituent nations of the United Kingdom, which would exercise some of the executive powers over taxation currently held by London.

The Northern region is expected to call for a recognized seat at the table of Britain's negotiations to leave the European Union, along with London, the current devolved parliaments and the British Cayman and Virgin Islands. As the region already suffers high unemployment, regional leaders are particularly concerned about the potentially economic fallout of Brexit.

British Think Tank Outlines What Successful Brexit Looks Like For UK Security
The Government in Westminster will be pressured to deliver increased investment in rail infrastructure for the North of England, in particular a central rail station for Liverpool and the redevelopment of the Manchester Piccadilly Station.

The North of England has historically been part of the Labour party's heartland of support and has suffered from increasingly high and chronic unemployment and lack of investment in services since the closing of the coal mines in the 1980s by the Government of Margaret Thatcher. The region also saw among the strongest voter turnout in favor of the Leave Campaign during the referendum on EU membership in June 2016.

Among the pledges in the manifesto of the Labour Party under Jeremy Corbyn has been a commitment to more localized government structures and even transforming the United Kingdom into a federation.

London has sought to ward of nationalist movements in Scotland, Wales and Northern Ireland in recent decades by creating devolved Parliaments and ceding greater levels of political autonomy to them so as to blunt calls for all-out independence.