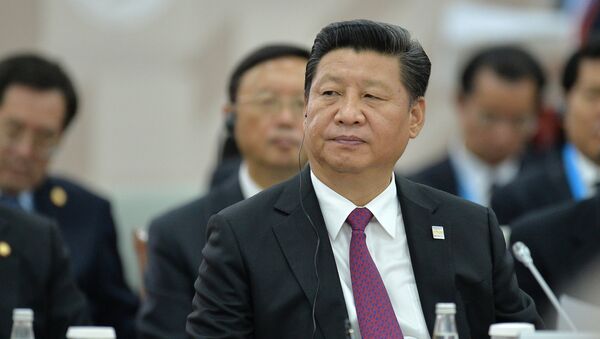 With China’s President Xi aiming to change the constitution that limits heads of state from serving only two terms, Sputnik spoke with Michael Dutton Professor of International Relations at Goldsmiths University and Robert Weatherley, Lecturer of Chinese Politics at the University of Cambridge to take a look at how this could affect the country.

Sputnik: How has President Xi changed China since taking power?

Robert Weatherley: I think if you look at his approach to opposition, there’s been an increase in the arrest of anti-government activists since his incumbency in 2012, he’s cracked down quite heavily on independent Chinese media, academics are much more careful about what they say in print and also in the classroom and the netizens, or people who express their opinions online, are finding it more and more difficult to do so if their views oppose that of the Chinese communist party. Xi is looking to create an environment that is not entirely dissimilar from that created by Chairman Mao.

Michael Dutton: President Xi has consolidated power around him, like has not been seen since Deng Xiaoping. Xi however has done something than Deng Xiaoping did not, that is he has aligned his own political position as President of the People’s Republic and general secretary of the Communist Party, with actual power. Xiaoping occupied the paramount leader position, without actually holding particular positions. That is to say, he was on the military council but was never general secretary in the period when he was paramount leader.

Sputnik: How does Xi view the United States?

Michael Dutton: Xi Jingping realises that this is both an opportunity and also a danger. An opportunity in so far as China has emerged since 2008 as the most dynamic economy in the world, the second largest and will quickly become the first. Under these conditions, Ji sees the need to maintain good relations with America, which is its principal market.

Sputnik: Should Xi amend the Chinese constitution and remain in power, how do you see his policies developing?

The political climate has changed in the two years following the initial negotiation of the contract to extend his power. There will be more of a nanny state; at the same time what Xi offers China is the type of stability they are craving.

Will Xi Jingping go beyond his second term? In all likelihood he will, with Chinese politics being the way it is, it can never be for certain. For now it seems that his position is insurmountable.

The views and opinions expressed by Michael Dutton and Robert Weatherley do not necessarily reflect those of Sputnik.