Merkel: Europe Must Act as a Global Player to Be Taken Seriously 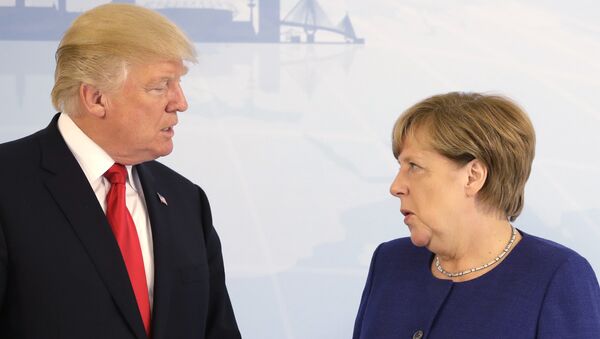 On Monday, German Chancellor Angela Merkel gave a speech during the convention of her party, the Christian Democratic Union (CDU), calling for renewal in Europe.

According to Merkel, Europe must act as a global player so as to be taken seriously in the world. The chancellor added that the European Union plays the role of guarantor for Germany, that the country's interests and values are promoted in the international arena.

Merkel in her speech stressed the necessity for the bloc's renewal and compared Europe to a "patchwork quilt," referring to the lack of cooperation in such spheres as border security, common military and foreign policy, as well as the single market.

Europe is "too weak and too slow" in many areas, thus there is a need for more economic dynamics and more innovation, Merkel noted. According to the chancellor, the stability of the euro and the debt also require "urgent action," that is why only those who "do their homework on finances" in Europe can expect solidarity from other members.

Germany Takes the Lead in Breaking EU Rules
Today's CDU convention is believed to be an opportunity for Merkel to rally the party behind her over the recently agreed coalition deal, as Germany has been engulfed in a serious political crisis since September's general election.

In her speech Merkel acknowledged the poor showing of the Christian Democrats in the general election, but stressed that the CDU had managed to advance its agenda in the coalition agreement with the Social Democrats (SPD), though serious concessions had to be made.

During its parliamentary election win in Germany on September 24, 2017, Merkel's CDU/CSU alliance obtained 33 percent of votes, however, still being unable to establish a majority government, the party had to seek out a coalition partner. Negotiations over creating a government turned out to be tumultuous and contributed to the internal revolt against the German chancellor.