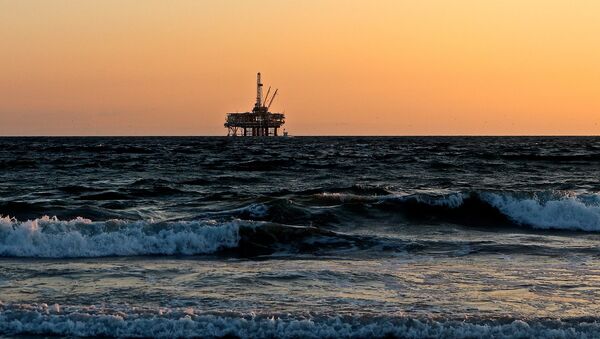 BEIRUT (Sputnik) – Lebanon will start drilling oil and gas wells in its exclusive economic zone in the Mediterranean Sea in 2019, after which the economic assessment of the fields will be carried out, Lebanese Minister of Energy and Water Cesar Abi Khalil said in an interview with Sputnik.

"Exploration drilling will begin in 2019, while the assessment of the wells will be carried out during the first commercial drilling. If commercial drilling does not take place as we plan, we will continue the exploration of the oil fields, which will take two or three years, after which oil and gas production will start," Abi Khalil said.

The market, particularly in Lebanon, will be ready for consumption of hydrocarbons from subsea reserves, the energy minister continued, noting the country's need for vast amounts of gas for generating energy.

Lebanon Vows to Confront Any Potential Israeli 'Aggression'
Lebanon’s gas can be delivered to Europe either by sea, through Egypt, or via the Arab pipeline, Abi Khalil added.

After the completion of the commercial drilling of the first discovered wells, licensing of companies for operations in the remaining wells will be carried out right, the minister pointed out.

Speaking about Beirut's relations with Moscow, the minister expressed hope to intensify economic contacts, adding that economic ties could contribute to political relations.

"There is no doubt that Russia is a friendly state [for Lebanon] and we hope for more comprehensive relations. Particularly as we believe that economic ties will strengthen political relations that can be proven by the participation of a major Russian company Novatek in a consortium, which has won a tender in Lebanon [on the development of gas fields in the eastern Mediterranean]," the Lebanese official said.

The politician added that a number of Russian companies had also expressed interest in the oil projects in the Middle Eastern nation.

In December, the Lebanese government approved the right to explore two out of five exclusive economic zone's energy blocks to the consortium of Russia's Novatek natural gas producer with France’s Total and Italy’s Eni.

Israel Uses Aggression as Policy, Attacks Syria, Lebanon - Iran's Zarif
Hydrocarbons have been discovered in the eastern Mediterranean in 2009-2010.

In March 2017, the Lebanese government released a tender for exploring the area's reserves. The move has however triggered a dispute with Israel having its own territorial claims in the region. The tensions have grown particularly high with both states claiming the rights on the oil reserves; the Hezbollah movement has threatened to attack Israel if the Jewish state continues building a wall along the disputed border with Lebanon, or if it tries to extract oil or natural gas in offshore waters claimed by both countries.

Moscow and Beirut established diplomatic relations in 1944. According to the Russian Foreign Ministry, the two states cooperate in a number of spheres and most actively in the oil and gas field, as well as of in the electric-power industry. Russia exports to Lebanon oil and oil products, grain and other agricultural products, wood and imports food, tobacco as well as the products of machinery and chemical industry.