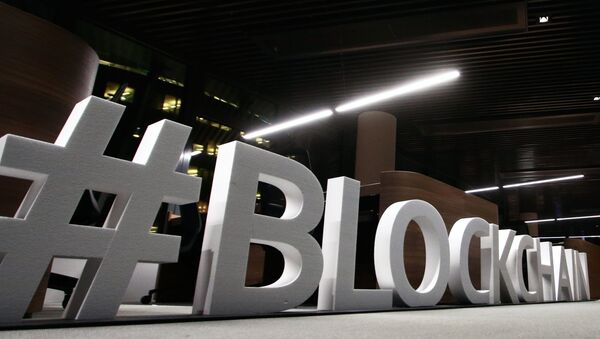 © AFP 2023 / Petras Malukas
Subscribe
International
India
Africa
The official newspaper of the Chinese Communist Party (CCP) is calling for tougher interstate regulations of Blockchain technology in order to better fulfill what it is meant for.

In a feature that came out in The People’s Daily on Monday under the headline "Three Questions to Blockchain," the state news outlet underscored the government’s intention to back the top-notch technology but at the same time warned about cases of misuse.

Separately, the article offers an elaborate overview of the use of blockchain in several walks of life, that is to say finance, charity and non-profit activity, as well as security and financial regulation.

The report states that due to the technology being still "very immature," the public should be cautious when making speculations, while likewise differentiate between groundbreaking high-tech innovations and those intended solely to raise funds.

To this end, the government is advised to take firm action and double down its involvement in cryptoeconomic policies:

"In order to better promote and utilize the blockchain technology, the government should implement strengthened policies and regulations," the feature reads.

In an interview with the People's Daily, Hu Danqing, a technology product specialist from Alibaba's Ant Financial Service, has reiterated the necessity for the state regulators to get actively involved in the sphere:

"Most of the current blockchain hype is focusing on fundraising and speculation instead of genuinely solving real-world problems with the blockchain technology."

Nevertheless, the main message of the report, that is, a call for tougher government measures, seems inconsistent with the recent line of Chinese authorities’ action. In autumn 2017, The People’s Bank of China prohibited not only all ICOs, but closed down major cryptocurrency trading platforms in an industry worth hundreds of millions of dollars.

All the public listed company and CEOs are talking about blockchain in china now and they are learning super fast, after new year, i already been invited to more than 100 influential groups through Wechat. Blockchain Never Sleep.

As lately as in January 2018, China's financial authorities proposed a ban on all sites connected in any way with digital money, international exchanges among them, citing risks of money laundering and investment fraud.

Following the publication, the global cryptocurrency market plunged by $10 billion, with most of the digital currencies having lost in value in the past 24 hours.