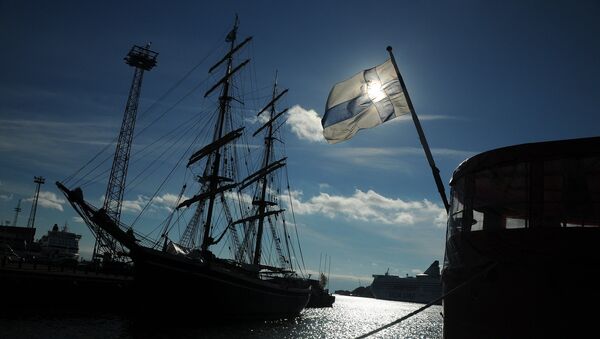 The Spanish government demanded the dismissal due to the lack of trust and inappropriate behavior of the diplomat, Helsingin Sanomat reported.

“Spain believes that he has been acting improperly,” ministry’s spokeswoman Meira Pappi said, as quoted by the media outlet.

The Spanish government has not provided any specific explanations, but the Finnish Foreign Ministry has confirmed that the diplomat’s inappropriate behavior was related to the issue of Catalonia’s autonomy.

“The Foreign Ministry asked for this further clarification, but so far we have not received a response,” Pappi said.

Over 10 People Detained in Rally Near Catalonia Court of Justice (PHOTO, VIDEO)
The decision on the consul’s dismissal has been made immediately, because under the law consulates can act only with the mutual consent of the two countries.

According to Finnish Ambassador to Spain Tiina Jortikka-Laitisen, the Spanish authorities were displeased with the high political activity of the consulate in Barcelona.

“The [Spanish] government expressed the concerns that honorary consuls may not maintain neutrality,” the ambassador said.

On October 1, Catalonia held a referendum on the region's independence from Spain. The vast majority of voters backed secession. The plebiscite was not, however, recognized by Madrid, which subsequently imposed direct rule over the autonomous region and dismissed its government. Spanish Prime Minister Mariano Rajoy also called a snap parliamentary election that took place on December 21, with the region's pro-independence bloc winning an absolute majority in the parliament.