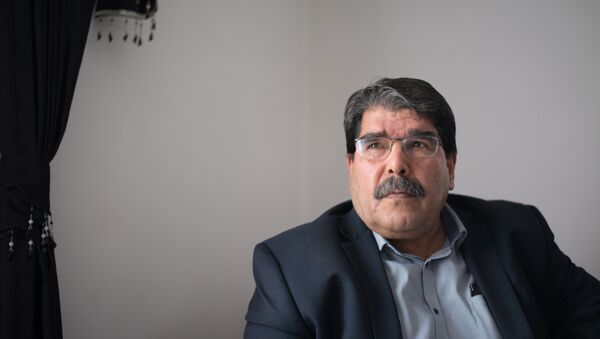 On Sunday, Muslim was reportedly arrested in the Czech capital. The decision to detain him was made on February 24 by the Interpol’s office in the Czech Republic on the basis of Ankara’s request. Prague said that the decision on his arrest will be taken by the Czech court, while the Turkish side will be informed about the process. Prague is expecting Ankara to hand over documents demanding Muslim’s extradition.

“At the moment this issue is being handled by the police, as well as by the Justice Ministry, since an international arrest warrant was issued for the detainee. Perhaps, talks [about the extradition] will also take place at the level of diplomatic missions. It is logical that the Turkish minister would like to talk about this with our minister,” Lagronova told reporters on Sunday, adding that phone talks between the two foreign ministers had not been scheduled so far.

Erdogan Vows to Eliminate PKK, YPG, PYD, Urges US to Refrain From Provocations
Ankara considers the PYD, a Kurdish political party in northern Syria, an affiliate of the Turkish Kurdistan Workers’ Party (PKK), listed as a terror organization in Turkey. Turkey has recently launched a military operation called "olive branch" in the Syrian region of Afrin, which is aimed against Kurdish militias, including the PYD.

The Turkish Interior Ministry included Muslim to the list of most wanted terrorists on February 13, saying that it will pay over $1 million for any information that may help to locate the former Kurdish leader.