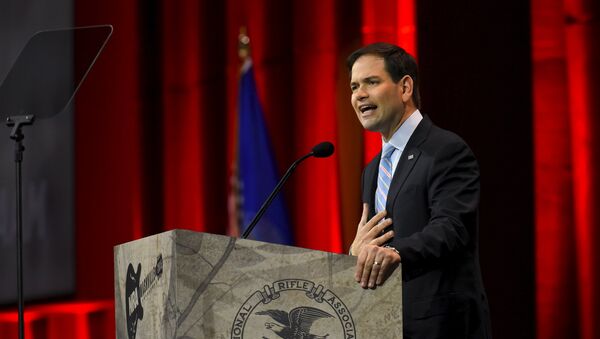 On Saturday morning, Delta Air Lines announced that it would no longer offer discounted rates to NRA members.

"We will be requesting that the NRA remove our information from their website," the airline said in a tweet.

Shortly afterward, United Airlines announced that they too would end discounted rates on flights for gun-club members traveling to the group's annual meeting.

Car-buying service TrueCar also announced on Friday that it would abandon business-related partnerships with the NRA beginning February 28.

These companies are the latest to sever ties with the NRA following a wave of gun massacres in the US, including last week‘s school shooting in Florida that saw 17 killed and 14 injured.

On Thursday, the First National Bank of Omaha — the largest privately held bank in the US — announced that it would renounce its ties with the increasingly rightwing lobbying organization by no longer issuing NRA-branded VISA credit cards.

On Friday, top US car rental agency Hertz tweeted that it would stop providing discounts to members of the gun club, while Avis and Budget told CNN Money in an email that "effective March 26, [their] brands will no longer provide the NRA member discount."

A spokesperson for moving van lines Allied and North American, both owned by Sirva, announced last week that they will "no longer have an affiliate relationship with the NRA effective immediately."

Starkey Hearing Technologies, which provides hearing healthcare, education and support services, tweeted on Saturday that it will not renew its discount program for NRA members.

On Saturday, the NRA elected to double down on its commitment to military-grade assault-style rifle ownership for any American above the age of 18, releasing a statement declaring that the US-based firms "have decided to punish NRA membership in a shameful display of political and civic cowardice."

Many major US companies, including shipper FedEx, still provide discounts to NRA members. Amazon, Apple, Google and YouTube are also under heavy criticism for hosting a streaming NRA channel.