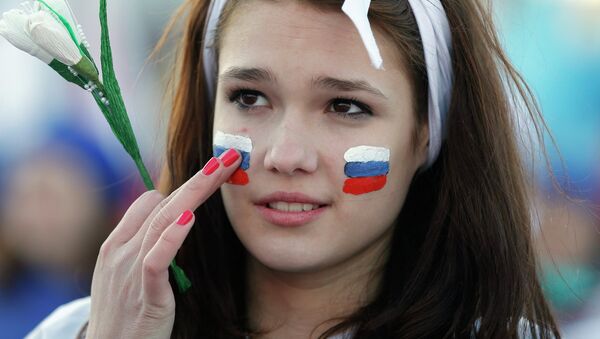 This week, in an article published on the UK government's official website addressed to European media, Johnson wrote about the upcoming fourth anniversary of what he referred to as "the events which led to the illegal annexation of Crimea."

#1: Get Your Timeline Straight

For one thing, the Embassy noted, the foreign secretary's timeline seems to have got all messed up. The Johnson article's title, "Four years since the illegal annexation of Crimea," should have been accompanied by a supplement, according to the Embassy.

Sticks & Stones: Street Naming and Diplomatic Trolling Around the World
"It is a pity that it was not accompanied by a piece on the fourth anniversary of the coup d'état in Kiev that was backed by the UK and the West in general, and blatantly violated not only Ukraine's Constitution, but also the agreement between President Yanukovych and the opposition mediated by Germany, France and Poland on 21 February 2014," the response quipped.

"It was precisely the forcible removal of the lawfully elected President that paved the way to power of…a bizarre mix of pro-European liberals and far-right extremists, and triggered the sequence of events that resulted in Crimea rejoining Russia," the Embassy added. 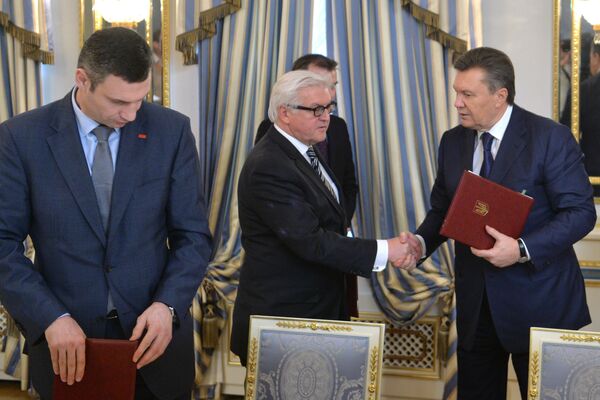 German Foreign Affairs minister Frank-Walter Steinmeier (C) and Ukrainian President Viktor Yanukovych (R) shake hands as head of Vitali Klitschko, one of Maidan's leaders, looks on after the signing of what was thought to be a compromise deal in Kiev on February 21, 2014
© AFP 2022 / SERGEI SUPINSKY

In his piece, Secretary Johnson referred to the plebiscite organized by Crimean authorities in the aftermath of the coup in Kiev as a "bogus" or "sham referendum." The Russian Embassy's reply countered that perhaps the foreign secretary should read up on the principle of self-determination outlined in the UN Charter, the 1966 International Covenant on Civil and Political Rights, and the 1970 Declaration on Principles of International Law.

"The latter document specifies that the right to self-determination should not be seen as running against the territorial integrity of states 'possessed of a government representing the whole people belonging to the territory without distinction as to race, creed or color'," the Embassy explained.

But "the coup in Kiev brought about quite a different situation: namely, a government of extreme right radicals whose calls and actions created a direct threat to human rights and physical safety of Russians and Russian-speakers in Crimea," it added. "Faced with this situation, in which the people of Crimea [were] effectively deprived of [their] right to self-determination within the Ukrainian state, the lawfully elected local authorities decided to hold a referendum where citizens were asked whether they preferred Crimea to join Russia or remain part of Ukraine."

The result, the Embassy recalled, was a whopping 96.8 percent of the peninsula's residents voting in favor of Crimea joining Russia, amid a turnout of 83.5 percent. 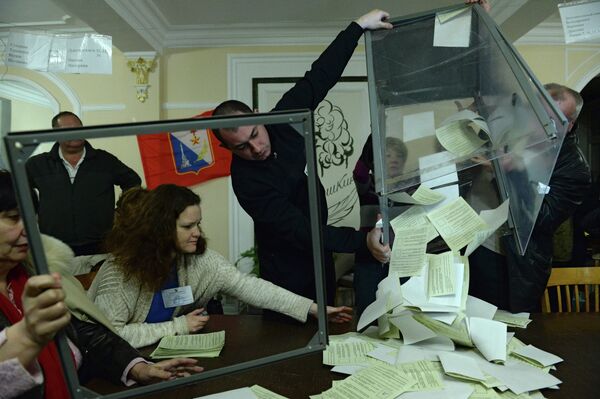 "We suppose that the Serb people have a different opinion," the Embassy retorted. "In 1999, 78 days of bombing of Yugoslavia by NATO forces effectively destroyed its statehood, forcibly (and without any referendum) removing the province of Kosovo from Serbia. Compare this with the events in Crimea, where not a single shot was fired and a popular vote was held." 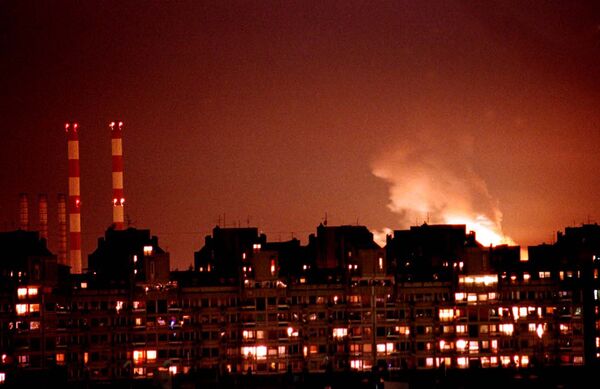 #4: Budapest Referendum: Moscow Pledged to Respect Ukraine's Borders, Not to Force Its People to Remain Part of the Country Against Their Will

In an argument repeated nearly every time the Crimea issue is brought up, Johnson referred to the 1994 Budapest Memorandum, in which Russia, the US and the UK pledged to respect Ukrainian sovereignty and territorial integrity in exchange for the country's denuclearization. According to Johnson, Russia's president broke Moscow's Budapest pledge by granting Crimea's request to accede to Russia after the referendum.

The Embassy's response was twofold: First, it noted, "Russia indeed pledged to respect Ukraine's borders in Budapest, as indeed all countries are obliged to under the UN Charter, but we never subscribe to forcing any region of Ukraine to remain part of that country against the will of its own people. Second, in Budapest, Ukraine committed to counter the growth of nationalism and chauvinism. This commitment has clearly been violated and, by the way, we haven't seen much reaction to that from the United Kingdom, one of Budapest['s] guarantors." 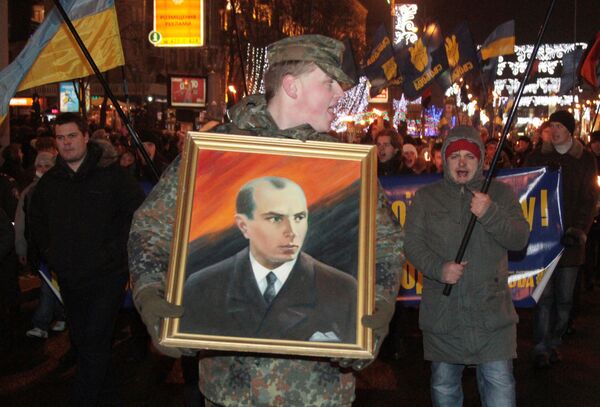 A man carrying a picture of Stepan Bandera during a torchlight procession of Ukrainian nationalists in downtown Kiev. File photo
© Sputnik / Grigoriy Vasilenko
/
Go to the photo bank

In his essay, Johnson brings up the issue of the "oppression of the indigenous Tatar population" in Crimea. Incensed, the Russian Embassy responded by hitting the foreign secretary with a series of facts.

'I Think It Was Racism': How Russian Tourist Was Deported From London Airport
For instance, the Embassy noted, unlike it was under Ukrainian jurisdiction, the Crimean Tatar language has been recognized as an official language on the peninsula, alongside Russian and Ukrainian. The peninsula now has 15 Crimean Tatar schools with 5,500 pupils, 30 Crimean Tatar NGOs, 58 Crimean Tatar media outlets, and 187 mosques and prayer houses, including a new mosque being built in central Simferopol which will be able to accommodate up to 4,000 people when completed.

Pointing to the Crimean Tatar community's integration in education, law enforcement, local and federal government, and elsewhere, the Embassy noted that "against this background, it is no wonder that the International Court of Justice…has rejected Ukraine's demands to order Russia to 'cease and desist from acts of political and cultural suppression against the Crimean Tatar people'. In Fact, the last four years have seen [the] successful resolution of Crimean Tatars' numerous problems that were left unresolved over the 23 years of post-Soviet Ukrainian rule." 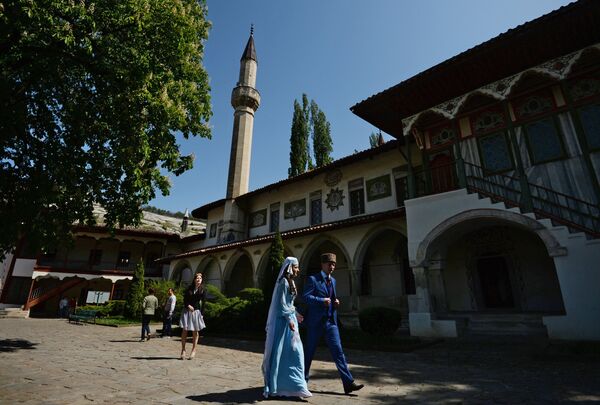 #6: Want Peace in Donbass? Your Beef's With Kiev, Not Moscow

Finally, in his essay, Mr. Johnson declared that London will maintain sanctions pressure against Russia over Moscow's alleged role in the civil conflict in Ukraine's east as long as the Minsk Agreements "go unheeded."

In response, the Russian Embassy reminded the foreign secretary "that the Minsk agreements were concluded between Kiev, Donetsk and Lugansk," and not with Moscow, which is a guarantor, not a party to the conflict. In reality, the Embassy noted, "the primary responsibility" for the ongoing conflict "lies with the government of Ukraine [which], instead of finding a solution, has sought to isolate the breakaway regions economically, refused to go ahead with the political measures agreed in Minsk, and most recently has set its obstructionist position into law by adopting the act on 're-integration', which effectively kills the agreement." But "we haven't heard any reaction from London to that law," the Embassy added. 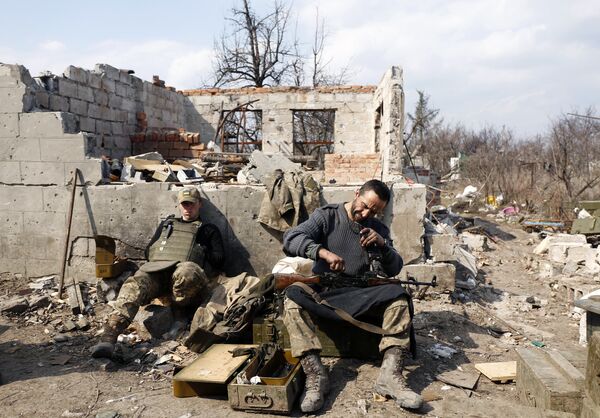 Ultimately, rather than maintaining an "engage but beware" policy toward Russia, as proposed by Secretary Johnson, the Russian Embassy in London suggested that "the time has come for the British authorities to reconsider its attitude to the processes going on in Ukraine. Otherwise, endlessly repeating the groundless accusations against Russia only sends wrong signals and encourages the Kiev regime to continue its self-defeating policy," its response concluded.