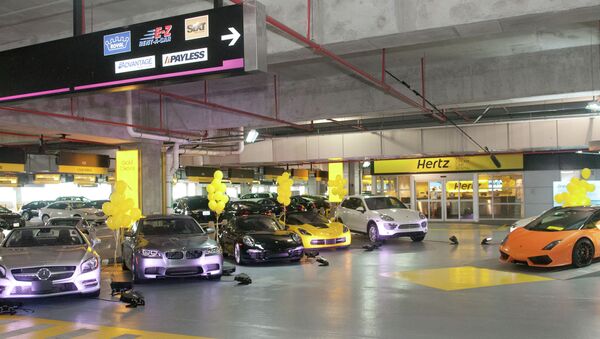 This week, ubiquitous US-based rental car firms National Car Rental, Enterprise and Alamo also announced that they would cut ties with the NRA, a profitable lobbying group that consistently funds legal challenges to common sense gun control measures in the US.

These companies are part of a rapidly-growing list of corporations and investment entities that have discontinued a business relationship with the NRA following the mass shooting at Marjory Stoneman Douglas last week, a Florida high school, that killed 17 people — mostly teen students — and wounded 14 others.

On Thursday, the First National Bank of Omaha — the largest privately held bank in the US — announced that it would sever ties with the increasingly rightwing lobbying organization, by no longer issuing NRA-branded VISA credit cards.

A recent Bloomberg analysis revealed that many big investors have divested gun company holdings while others push NRA members within the industry to adopt intelligent gun control laws in the United States.

The US sees over 33,000 people each year — many of them children — shot and killed by high-powered, military-grade assault rifles and handguns, according to Centers for Disease Control (CDC) statistics, cited by the New York Times.

Bloomberg has reported that an increasing number of pension funds and municipalities are demanding that stock portfolios eliminate companies that manufacture or sell firearms.

One of the America's largest security software companies, Symantec, has also ended a business partnership with the NRA, according to Gizmodo.

Symantec — makes of Norton antivirus software — acquired LifeLock, an identity theft protection company, in 2017 and the branch has likewise ended discounts for members of the national gun club.