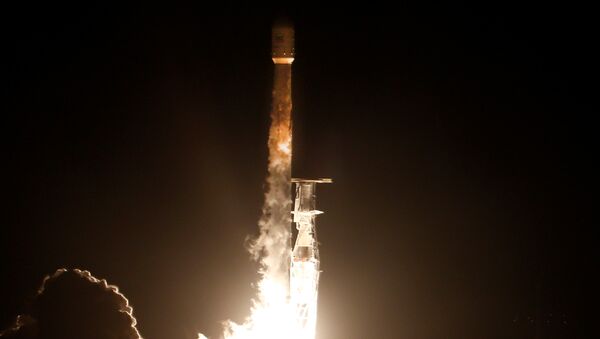 A video of the launch of a SpaceX rocket with two experimental satellites on board has been shared by Redditor tKMagus, who expressed admiration of the process. He made the video from the window seat of a flying plane.

The Falcon9 took off from Vandenberg Air Force Base northwest of Santa Barbara on February 22, which was confirmed by billionaire Elon Musk, chief executive of Space and Tesla, in a tweet later that day.

Initially, the launch was planned for February 17, but it was postponed three times due to weather conditions and technical malfunctions.

I got to see SpaceX Falcon9 launch with the StarLink prototype from my flight into LAX. It was an awesome way to start my morning. from r/space

Last week, US Federal Communications Commission chairman Ajit Pai called for supporting SpaceX's drive to deliver "broadband services directly to [people] anywhere in the US or around the world" at highest-speed internet connections.

More than 10,000 small-sized internet satellites are due to be put into low earth orbit by SpaceX in the future. In this vein, CNN cited "billions of people around the globe" who "still lack internet access."