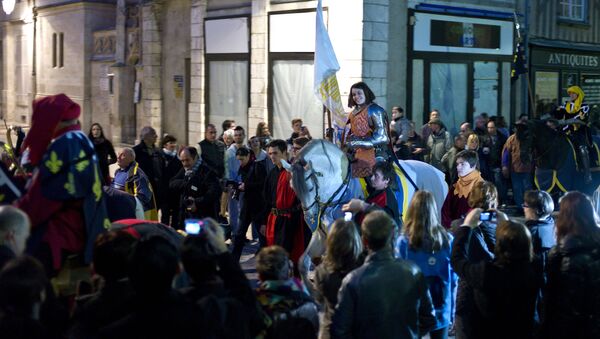 Mathilde Edey Gamassou, a mixed-race teenager, has been picked to play Joan of Arc in a spring festival which marks the folk heroine's contribution to breaking the English siege of Orleans in 1429.

An inquiry into incitement to racial hatred has been opened by French state prosecutors after right-wing users of Twitter published a whole array of racist abuse-related remarks in response to the selection of a mixed-race teenager to play Joan of Arc.

During an upcoming spring festival, 17-year-old Mathilde Edey Gamassou, whose father is from Benin and whose mother is Polish, is due to play the role of Joan of Arc to celebrate her role in breaking the English siege of Orleans in 1429.

Right-wing Twitter users were quick to warn against rewriting history, with some recalling that "Joan of Arc was white" while others sarcastically suggesting that "next year, Joan of Arc will be in a burqa."

The investigation into incitement to racial hatred was opened against two social media accounts which compared the 17-year-old to a baboon, using a picture of bananas.

Defending Gamassou was, among others, French Equality Minister Marlene Schiappa, who said that "the racist hatred of fascists has no place in the French republic."