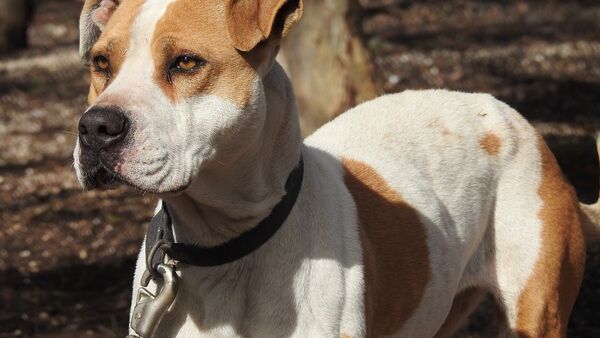 A report by the German newspaper Bild about a dog joining the party and getting a ballot on the grand coalition has been severely criticized by German Social Democrats (SPD). The newspaper made a joke about the voting procedure initiated by the SPD, which the party's member didn't find particularly funny.

The German SPD slammed the newspaper Bild for spreading fake news about a dog being able to vote on whether the party should join the grand coalition.

"The basic message of the story that 'this dog is allowed to vote on the grand coalition' is wrong," the party executive said, commenting on the publication, cited by Deutsche Welle.

Earlier, Bild filled out the membership application form for a dog named Lima, which was accepted by the party. In addition, Lima received a ballot with a request to vote on the SPD's coalition agreement.

Deadlock Ends? Two Thirds of German Social Democrats Back Coalition – Poll
Lima's story was meant as a joke and was published to underline possible voting abuse with regard to the SPD's decision to ask its 460,000 members to ratify the deal. The story amused many Germans, but the party's members didn't find it particularly funny.

The SPD views its decision to ask ordinary members as democratic, and criticized the newspaper for making fun of it.

The party's representatives also said that they are planning to file an official complaint with the German Press Council, arguing that the tabloid has violated good practice by failing to identify the joke with the dog as a piece of journalistic research.

"Especially in times of fake news and accusations that the media lies, the rules have to be abided by," SPD media attorney Christian Schertz wrote in the statement. "They were violated here."

READ MORE: She's a Lady: Who May Become Next SPD Leader After Schulz

The party sent requests to over 460,000 members to ratify the agreement with Merkel's CDU/CSU before forming the new grand coalition. Some 25,000 new members are said to have joined the party to be eligible to vote on the deal.

Critics argued that the procedure gives a small group of individuals too much influence over the next German government and can be easily abused.

The new government has been in the making since September. The CDU/CSU first attempted to form a coalition with the Greens and the Free Democratic Party, but the preliminary talks with those parties fell through. The alliance was then left with a few options, including the formation of a minority government on its own, holding a new election or negotiating with the SPD, which had initially ruled out a coalition with the CDU/CSU.

During the talks, the two parties managed to reach agreement on many issues and might form coalition in the near future. Following the establishment of the coalition government, Angela Merkel will assume the office of chancellor for her fourth term.