China Dismisses Accusations of Racism Over Blackface Skit as 'Futile' 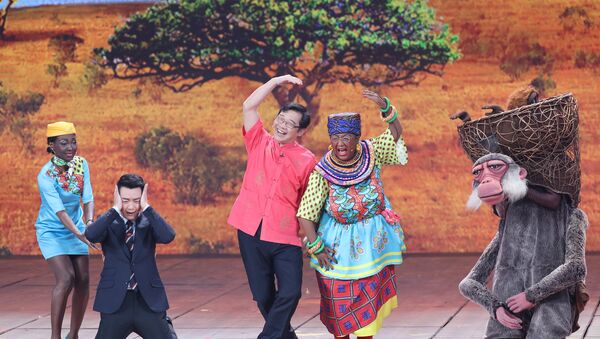 "Recently many media, especially Western media, have reported on and commented on this matter. I want to say that if there are people who want to seize on an incident to exaggerate matters, and sow discord in China's relations with African countries, this is a doomed futile effort," Geng said.

In the skit, which was reportedly aimed at celebrating China’s warming relations with Africa, the actress Lou Naiming appeared on stage after putting on blackface and a giant bottom to portray an elderly African woman, accompanied by an actor dressed up as a monkey.