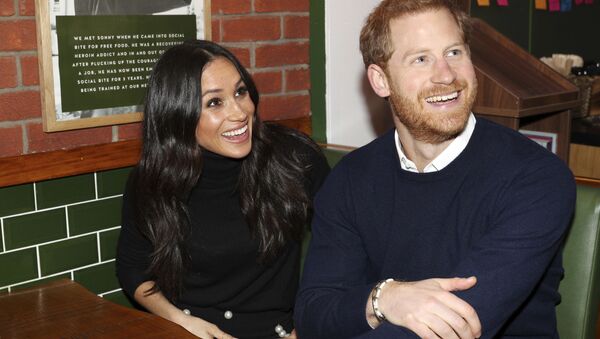 Filipino nationals were very much impressed when the Duchess-to-be said a few words in Tagalog during her royal tour with Prince Harry, the Mirror reported. A video of their meeting appeared online.

Prince Harry's fiancée, Meghan Markle, learned a few words in the Filipino language during her life in Los Angeles and deeply touched her fans with her skills.

The 36-year-old Duchess-to-be was greeting her fans in Edinburgh last week and thanked a Filipino couple in the crowd for coming out in their native Tagalog.

"Salamat po," Meghan Markle said, shaking the hand of a Filipino woman, which means "Thank you."

The attendees were deeply impressed and delighted by Markle's move. A video of the meeting appeared on social media and caused many positive reactions among Internet users.

"Wow, so impressed with soon to be Princess, Meghan Markle, fiancee of HRH Prince Harry, making the effort to speak in Tagalog, during their walkabout in Edinburgh," Malcolm S Conlan wrote.

"For that I love her already," Remy Gan echoed.

Meghan grew up in Los Angeles, California, which has a large population of Filipino nationals.

"Growing up in LA, with its melting pot of vast and varied cultures, I was no stranger to the Filipino community," the young woman wrote earlier.

Meghan Markle and Britain's Prince Harry are expected to get married on May 19, 2018. The ceremony will take place in St. George's, a mid-14th century chapel at Windsor Castle, a principal residence of Queen Elizabeth II.