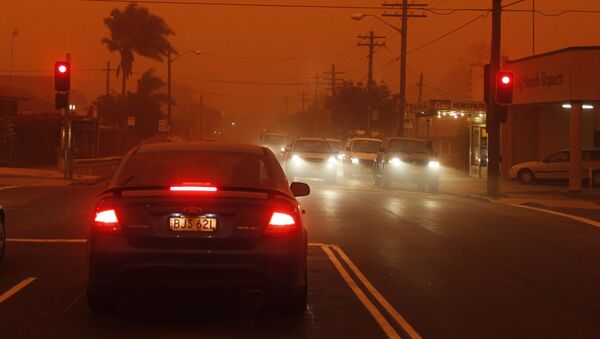 © AP Photo / Rob Griffith
Subscribe
Feeling dusty this afternoon? Take a moment to see what happened in Charleville, southwest Queensland as it was hit by a dust storm.

A 124-mile wide storm swept through the Australian outback leaving the town and its residents covered in orange dust.

The storm was so powerful that it ripped off road signs, damaged trees and roofs.

Local authorities said that the hot conditions resulted in dirt being picked up and spread across the town.

"We do see a fair few dust events through the western parts of Queensland because it is such a dry and hot place, but it's definitely one of the more impressive events of the last few years," said Harry Clark, from Australia's Bureau of Meteorology.

The residents took to social media to share the pictures, which looked like images from horror movies.

The residents were urged to take precautions during clean up after the storm.