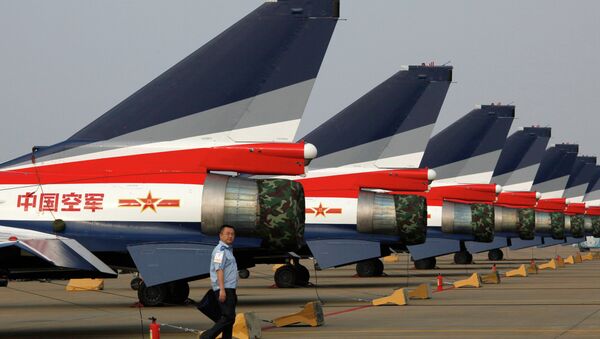 The Chinese air force has started carrying out air exercises in the western part of the country over Tibet and close to the India-China border, as India’s capabilities grow.

"The PLA-AF's primary airbases are located in areas in Tibet having high altitudes and low air densities. This prevents Chinese fighter planes such as the Su-27, J-11 or J-10 from taking off with a full complement of fuel and weapons, negatively affecting their operational abilities," according a 2017 report dubbed "The Dragon's Claws: Assessing China's PLA-AF Today."

By comparison, the Indian Air Force (IAF) has bases near sea level in northeastern India, meaning the "IAF has no such restrictions and will effectively undertake deep penetration and air superiority missions in the Tibetan Autonomous Region," the report noted. In other words, they have a big advantage.

Both New Delhi and Beijing have made significant efforts to modernize their aerial fleets. The IAF has an order of 36 French-made Rafale fighters on the way, while China has recently commissioned the J-20, a plane comparable to the United States' advanced F-35, into frontline operations in the South China Sea.