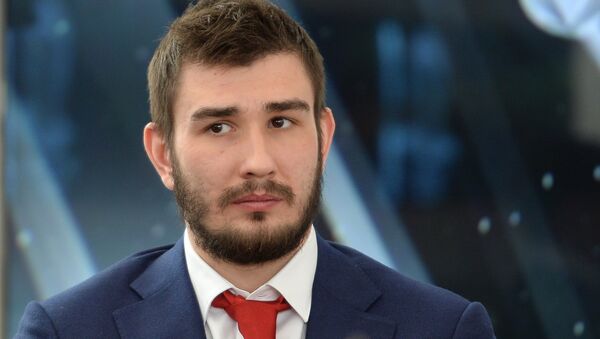 In 2014 while playing in the NHL for the Los-Angeles Kings Vyacheslav Voynov was accused of beating his wife and sentenced to 90 days. He is now playing in KHL.

A journalist for US Today has demanded the IOC Spokesman explain why Russian hockey player Vyacheslav Voynov, who was charged with domestic violence, was allowed to compete at the Winter Olympics in PyeongChang. The IOC representative replied that such requests must be addressed to the international federations and noted that according to the information from the Russian National Olympic Committee (ROC), no court or other official decision had prohibited Voynov from competing in international competitions.

The International Hockey Organization (IIHF) commented on the matter saying it cannot ban a player for non-hockey violations, but would respect the NHL ban if he ever tried to participate in its games.

Vyacheslav Voynov was charged in the US for beating and choking his wife in 2014. He pleaded no contest to the charge and was sentenced to 90 days. The misdemeanor cost him his NHL career, but he sustained his marriage. After the incident he returned to Russia and ever since has played in the Kontinental Hockey League for SKA St. Petersburg. He later became a father in 2017.