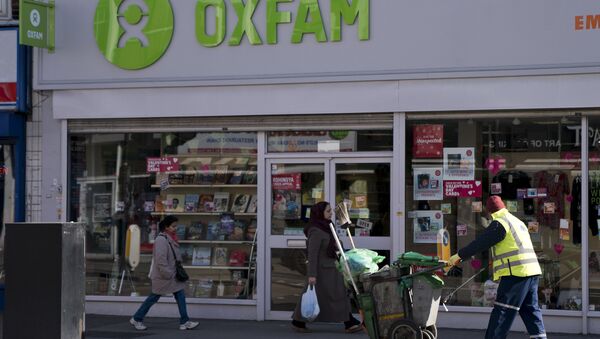 "I think about 7,000 individuals have canceled regular donations to Oxfam over the last 10 days… Corporate sponsors at the moment are reserving judgment," Goldring said at an International Development Committee meeting at the House of Commons.

At the same time, the company's executive director Winnie Byanyima said that Oxfam had received several complaints since it invited people to come forward with their concerns last week amid reports of charity workers paying prostitutes in Haiti while on a relief mission.

"I have called out to people to come forward and some people are coming forward saying they were afraid or saying they wouldn’t get justice … We will put [the claims] before the independent commission," Byanyima said at an International Development Committee meeting at the House of Commons.

The executive director promised that Oxfam would change the culture that allowed sexual harassment to occur in the aid organization.

"This is a big cultural issue, that safeguarding is like the police department. But people in a country behave well as citizens not because they are policed but because of their values. So this is about aligning our people with the values of Oxfam …We are going to change the culture. Working on the culture costs money and we are going to put money on this," Byanyima said.

Last week, The Times reported, citing its sources, that a number of Oxfam workers had been spending time in their official Haiti residence with prostitutes.

On February 11, the charity was hit with similar allegations saying that Oxfam staff had paid women for sex in Chad in 2006.

READ MORE: Ex-Oxfam CEO Vows to Give His Side of Story Amid 'Lies' in Sex Scandal Coverage

The sex scandal has sparked public outrage, primarily due to the fact that Oxfam had conducted an internal investigation into the issue and decided not to make its outcome public, letting its employees leave voluntarily in 2011. Earlier in the week, Oxfam's Deputy Chief Executive Penny Lawrence said that she was resigning amid the scandal.