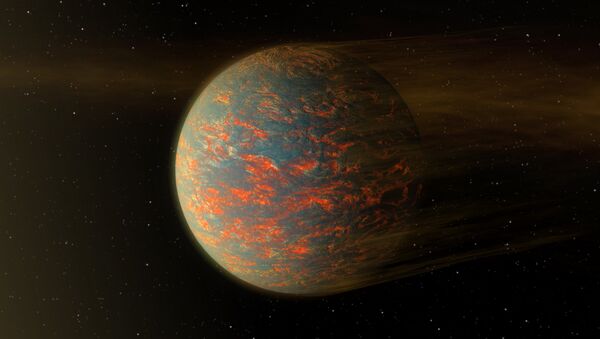 © NASA
Subscribe
NASA plans to add an advanced satellite to the orbital hunt for exoplanets this April in a launch from Cape Canaveral in Florida, US, promising huge discoveries.

NASA Grounds Black Female Astronaut, White Colleague to Replace Her on Mission
According to a NASA spokesperson, once TESS is in orbit, it will use four wide-field cameras to constantly monitor over 200,000 of the brightest observable stars, focusing on temporary dips in brightness caused by planetary transits, as the method is useful in identifying relatively tiny exoplanets.

000000
Popular comments
well let's wait and see what is located.
michael
20 February 2018, 00:44 GMT
000000
Scanning for extraterrestial life? I have a problem with this. The laws of nature seem to promote evolution that produces food chains based on violence. The same laws of nature guide evolution in other parts of the Universe. If we discover alien civilizations that are more advanced than us, revealing our position to them will put us at risk of being conquered and "ethnically cleansed". On the other hand, if we discover civilizations less advanced than ours, then, based on our own political culture on Earth, we will conquer them and take over their planets, especially, if they have crude oil and natural gas reserves :-) Maybe also gold and diamonds.