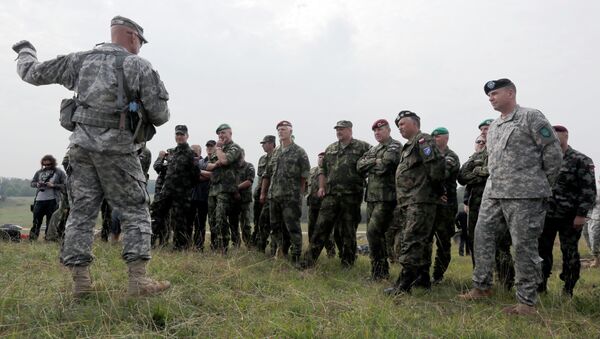 The Rheinische Post newspaper reported that the military would not be able to fulfill its promise of mobile deployment at least until 2021. Explaining this delay, the Defense Ministry said that between 2018 and 2020, a total of 10,282 housing units will be needed compared to the only 2,500 units the armed forces have now. The Bundeswehr also needs winter uniforms and bulletproof vests.

In early 2019, the Bundeswehr is set to get on board with a role in creating the NATO Very High Readiness Joint Task Force Spearhead. The project classifies the increased combat readiness of 5,000 troops on standby for deployment wherever needed within 48-72 hours.

Earlier in February, German media also reported that the army did not have enough battle tanks for Spearhead.

Germany Poses No Threat to Russia Despite Its Increasing NATO Clout – Analyst
NATO has urged the new government in Germany to increase defense spendings in order to achieve the alliance's 2 percent of the GDP goal. Fifteen of NATO's 29 members have achieved plans of spending 2 percent of their GDP on defense in order to meet the alliance's defense spending goal by 2024, overall increasing spending by $46 billion.

Expectations of the Bundeswehr's readiness to invest in NATO are growing, yet there are equipment shortages that forced the German military use alternative materials instead of machine guns during NATO exercises. The reason for the shortage is a lack of spare details and high maintenance costs. The German army will try to cover the "existing deficit of capabilities with elements from other strategic units," according to local media.