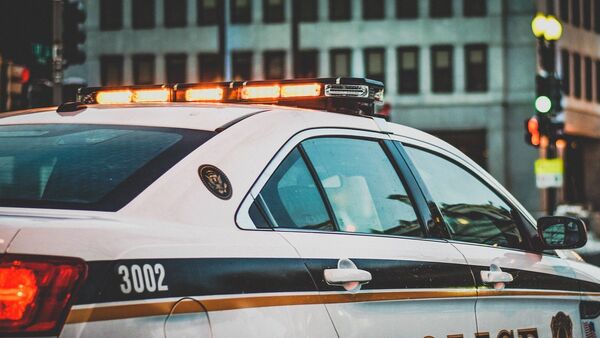 Schools in the US are on edge in the wake of the Florida shooting, as students have made numerous copycat threats on the Web. All joking aside, the response has been quite serious.

Numerous US schools were placed on lockdown, due to anonymous threats to schools, students and teachers. While the actual credibility of those threats is questionable, school authorities are preferring to take no chances in the wake of the deadly shooting Florida that took lives of 17 people, according to a report by International Business Times.

Trump Visits Florida Hospital That Treated Victims of Parkland School Shooting
For example, some 4,000 students were released from school in Nutley, New Jersey, after someone posted a video threatening gun violence towards the school. According to School Superintendent Julie Glazer, there were no options for her other than to make this decision.

Gilchrist County School District declared public schools closed Friday, after they received an emailed threat. While the district officials could not verify "how legitimate the threat was," they nevertheless decided to take the precaution. Now the sheriff's office and other law enforcement agencies are investigating the emailed threat.

However, in most cases, the wannabe criminals are not cautious enough, which has already led to numerous arrests of students, IBT reports. A student at North Medford High School in Massachusetts has been reportedly arrested after the Medford Police Department was informed of a threat written on a bathroom stall. The threat also included a purported date — February 21. However, police were able to identify a group of students via surveillance camera recordings; after an interview, one student was put in custody.

A sixth grader was arrested at Nova Middle School, Florida, after school staff caught the 11-year-old-girl sticking a note under the assistant principal's office door. When questioned, the girl insisted that she was asked by another girl to pen the threat.

Another student, from South Carolina, posted a threat on Snapchat, promising to bring "round 2" [of the Florida shooting] to his school, complete with a picture of himself with a gun.

Numerous students in several states across the US were put into custody after they were discovered to be in possession of firearms, IBT reports. In many cases, police admitted that there was no actual threat and detained students who did not actually intend to hurt anyone.

Florida Shooting Survivor’s Grandfather Survived 1949 Mass Shooting
However, gun control advocates might find it interesting that not all cases involved guns. For example, three Molotov cocktails were found in the locker of a student at CA Frost school in Michigan. Some 300 students were subsequently evacuated to a nearby church for safety. However, this case actually turned out to be rather anecdotal, as the Molotovs were intended for a World War I project, not for violence. In an unlikely coincidence, both the teacher and the students involved in the project were out sick that day.

It seems like fear has big eyes, as Carrollton Middle School, Georgia was placed under lockdown just because one student reporter they heard a group of other students saying that someone else had a gun at a school dance party. However, the ensuing screening did not find any guns on the premise at all.

The schools that did not receive any threats still have taken precautions, which include metal detectors and practicing shooting action drills. According to IBT, copycat threats are a common occurrence after sensational incidents like the Marjory Stoneman Douglas High School shooting.