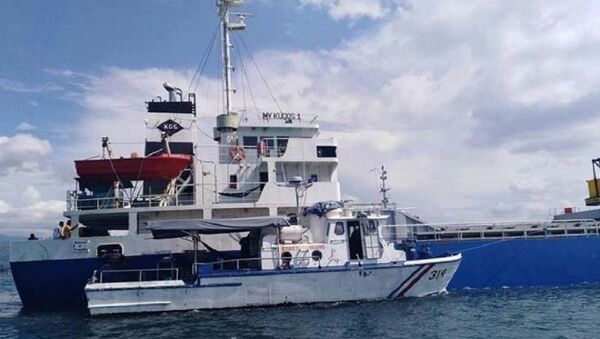 A crew of sailors was forced to resort to some millennia-old siege tactics in order to fight off an attempt by a gang of gun-toting hoodlums to plunder their vessel.

The 27-strong crew of a Philippine cargo ship called the MV Kudos 1 found itself in a dire situation when pirates attempted to hijack the vessel as it sailed past Sibago Island en route to Davao City, according to media reports.

Pirates Free Merchant Tanker With 22 Indians That Vanished From West Africa
The armed and dangerous pirates, however, were in for a surprise when the sailors fought back like some kind of medieval castle defenders, pouring hot water mixed with oil on their attackers.

For all their weaponry and savage reputation, the pirates only managed to injure two of the sailors and were eventually forced to beat a hasty retreat, defeated, as Coast Guard and Navy vessels responding to the Kudos 1 distress call arrived and escorted the ship to safety.