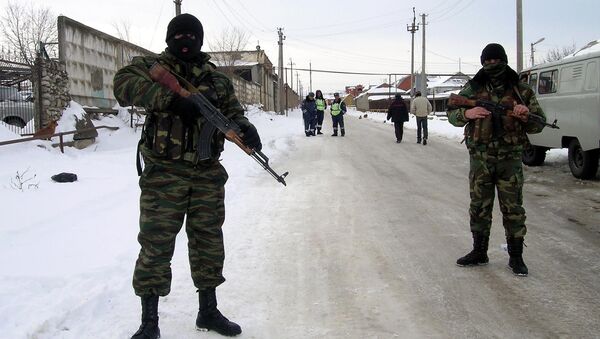 © Sputnik / Magomed Aliev
/
Go to the photo bank
Subscribe
People in the city of Kizlyar in the southern Russian republic of Dagestan came under fire while returning from a church service amid the celebration of Maslenitsa, a traditional Russian folk holiday.