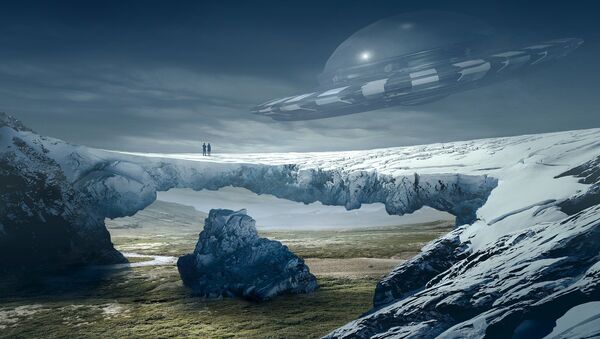 Despite a large number of science fiction and horror movies about evil beings from the depths of space ravaging Earth, it seems that many people have a different impression of alien life that may exist on other planets.

A series of studies presented during the annual meeting of the American Association of the Advancement of Science by a team of researchers from Arizona State University Tempe shows that most people do not dread, and even feel optimistic about, the prospects of confirming the existence of extraterrestrial life, Science magazine reports.

Astrophysicists Warn Us Against Opening Malicious E.T. Messages
Over the course of the first study the scientists examined 15 articles covering three events: the discovery of possible fossilized microbes on Mars in 1996, the discovery of periodic dimming around Tabby’s Star in 2015 that may hint at a presence of artificial alien megastructure there, and the discovery of Earth-like exoplanets in 2017.

After scanning the articles with a special software tool, the scientists determined that they contain "three times as many words indicating positive emotions (such as happy, excited, and cool) than negative emotions."

During the second study the scientists interviewed a group of 500 people who were asked to describe their possible reaction and the reaction of humanity if an announcement was made about the discovery of microbial alien life, with the respondents exhibiting “overwhelmingly positive” reaction.

And the third study, which involved interviewing another group of 500, revealed that people would react much more favorably to the discovery of alien life (in this hypothetical instance – microbes) than to the creation of artificial life by Earth scientists.

However, Science magazine also points out that "the study did not look at whether people would feel differently if actual beings were discovered rather than microbes, so those reactions might be quite different."