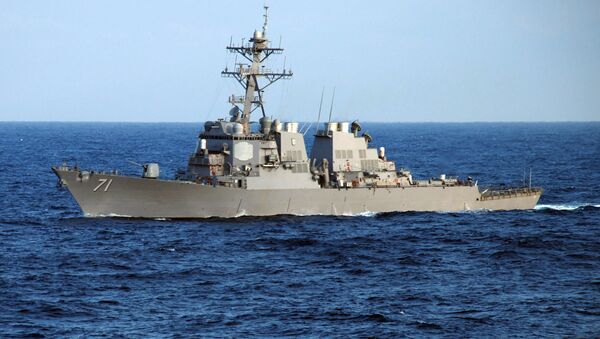 A US Navy warship that previously took part in a deadly cruise missile strike against a Syrian military base has sailed through the Bosporus Strait and into the Black Sea.

USS Ross, an Arleigh Burke-class guided-missile destroyer has recently passed the Bosporus Strait, according to a Twitter account that monitors ship traffic through the area.

Armed with Tomahawk cruise missiles and a vast array of surface-to-air and anti-submarine weaponry, the ship is reportedly expected to boost the NATO patrols in the Black Sea amid strenuous relations between Washington and Moscow.

​On April 7, 2017 USS Ross and another ship of its class, USS Porter, launched a volley of cruise missiles against Shayrat airbase in Syria, allegedly in response to a reported chemical weapons attack in Khan Shayknun which the White House blamed on the Syrian government forces.