‘This is Ridiculous’: Russia Indictments Unrelated to Trump, Election Outcome 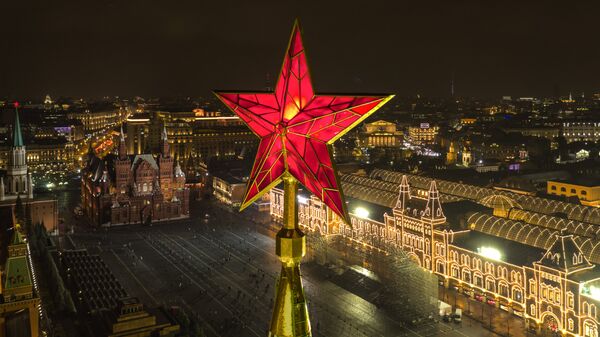 © Sputnik / Alexey Druzginin/Anton Denisov/Russian Presidential Press Office
/
Go to the mediabank
Subscribe
International
India
Africa
Kicking off the holiday weekend, the US Department of Justice announced the indictment of 13 Russians and three entities for reportedly attempting to interfere in the 2016 US presidential election.

Of those accused, 12 worked at one point or another for the Internet Research Agency, located in St. Petersburg, Russia.

​Speaking to Sputnik Radio's Loud & Clear, Jim Kavanagh, editor of The Polemicist, told show hosts Brian Becker and John Kiriakou that the indictment has no link to US President Donald Trump or his campaign.

"Well, first of all, it's nothing to do with the Trump or the Trump campaign, it did not affect the election," Kavanagh declared. "We have a private Russian company that tried to do something and some of it was nasty: obviously identity theft, setting up fake accounts."

"I will call your attention to the very end, paragraph 95. It turns out that they were using these accounts to receive money in exchange for posting promotions and advertisement," he added.

The paragraph reads: "Defendants and their co-conspirators typically charged certain US merchants and US social media sites between 25 and 50 US dollars per post for promotional content on their popular false US persona accounts, including Being Patriotic, Defend the 2nd and Blacktivist."

This, according to Kavanagh, shows that the operation was just a scam, similar to "journalists who bought Twitter followers to create false accounts in order to make money."

"Any random conman who may have any connection to Russia at all is now a beeline straight to the Kremlin and [Russian President] Vladimir Putin," Jatras told Becker. "This is ridiculous. Even if you look at this indictment on its face and take all the facts alleged as true — which I don't, but for the sake of argument — what you have here is at worst the kind of garden-variety kicking each other under the table that a lot of countries do to each other, routinely, electronically for various reasons as well as private entities."

"This kind of stuff doesn't even compare to the kind of stuff that we do to clear other people's elections and the way that we would want to twist them. I don't really think there's that much here," Jatras added.

The former US diplomat instead believes that the indictment is just an attempt to keep Americans from questioning the behavior of their government.

"Over the past few weeks we have seen so much about how the Justice Department, the FBI, the State Department and the CIA have been mixed up — by the way I would include MI6 and Government Communications Headquarters as being involved in this — [in] trying to subvert the rule of law… this is an attempt to come back and say ‘Never mind all this, look at that, Russia, Russia, Russia.'"