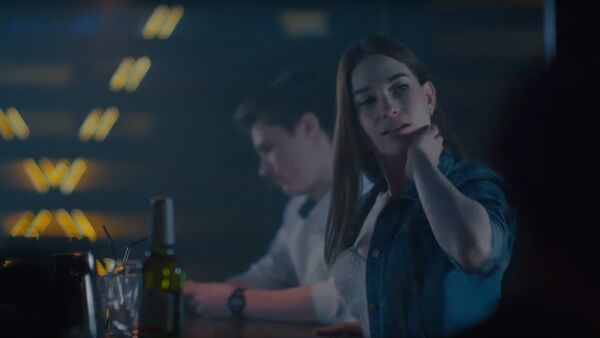 Political discussions ahead of Russia’s Presidential election on March, 18th, got an unexpected boost from a provoking pro-voting ad from a regional creative team.

An election promo under the least expected name "A girl has cruelly rejected a dude. +18" is trending in the Russia's segment of social media with gaining nearly 700,000 views on YouTube and 1 million on the VKontakte social network.

A creative team from the region of Kirov, north of Moscow, decided to employ the well-known marketing maxim "Sex sells" to convince the public that they should vote in the presidential election on March, 18th, as they claim usual pro-voting ads are dull.

The main character of the ad meets a girl in a bar; they quickly proceed to closer contact in the bar's toilet when she asks him if he's come of age already and if he's voted. After he admits he hasn't, the girl ditches him saying that such an approach means he's not adult enough for her.

The authorities have already taken creative approaches to increase voter turnout. Before the parliamentary elections in 2016, a video went viral in which two mascots were fighting in the road while the drivers of the following car discussed the elections in the background.

The elections are slated for March 18, the candidates include the incumbent president Vladimir Putin, Pavel Grudinin from Communist Party, Vladimir Zhirinovsky of Liberal Democratic Party and Ksenia Sobchak, an opposition activist, amongst others.