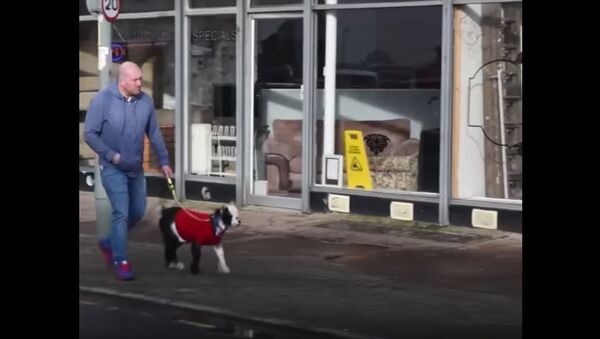 Having a pet goat can be just as much fun as having a pet dog as the story of Jack Barrett, a football fan from the town of Burnley, England shows. They even hang out together in a local pub.

Barrett, 40, loves spending time at the Angel Inn with his goat Eric, who was named in honor of Eric Cantona, the legendary Manchester United forward. The owner says his pet friend enjoys being around people.

Eric the goat is also familiar with fashion – his owner dresses him up before going out. Barrett jokes his goat is leading a healthy lifestyle despite his regular appearances in the pub, having no alcohol and only crisps as treats.

"He only ever has water. I wouldn’t give my child beer so why would I give it to my goat? He absolutely loves Quavers," Barrett, the father of two kids said to the Mirror.