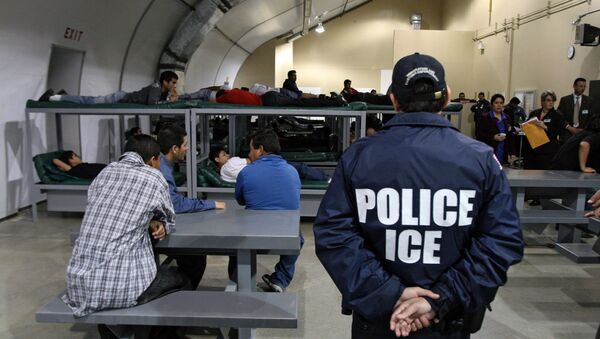 The Justice Department explained that Sanchez, who was responsible for immigration removals in four US states, became intentionally involved in a scheme concerning seven persons in different stages of deportation procedures.

White House: US Senate Immigration Bill 'Ignores Lessons of 9/11'
Sanchez obtained personal information of the aliens and applied for credit cards and personal loans under the victims' names, made money transfers and bought goods with these cards totaling more than $190,000, the Justice Department said.

Moreover, Sanchez admitted to filing tax returns from 2014 to 2016 in which he claimed that three of the aliens were relative dependents, the Justice Department added.

Sentencing in the case will be issued on May 11, the release noted.