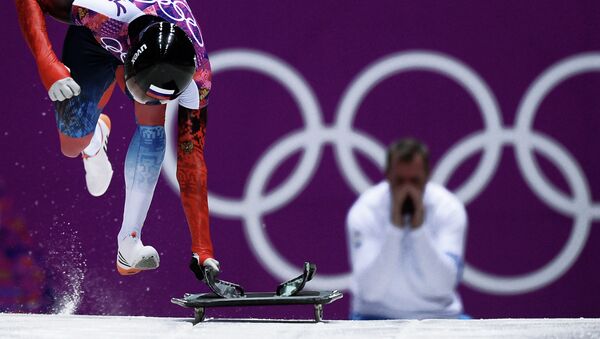 Yun, who won the second gold of the Games for his team, finished 1.63 seconds ahead of Russian Nikita Tregubov, while Briton Dom Parsons came third after five-time world champion and Olympic silver medallist Martins Dukurs of Latvia, who made mistakes in his final headlong flash down the ice in men's skeleton final.

This is the sixth medal won by an Olympic athlete from Russia at this year’s games in the South Korean city of Pyeongchang.

Meanwhile, one of the athletes participating in men's skeleton was Ghana's 31-year-old Akwasi Frimpong, a former runner, who failed in two previous bids to make the Olympics as a sprinter and a bobsleigh rider as well.

He may have finished last in the men's #skeleton, but he won everyone's hearts.