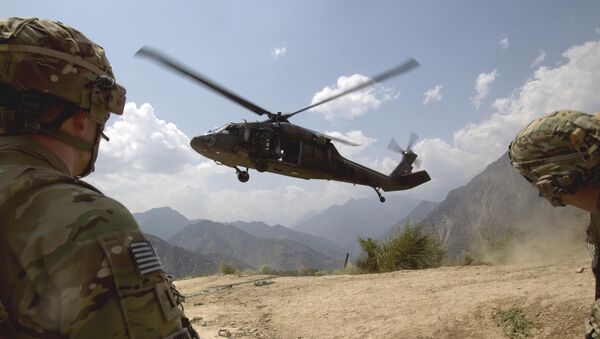 Commenting on the claim made by the Iranian military that the US has provided direct assistance to Daesh in Afghanistan, political analyst Ahmad Wahid Mozhda told Sputnik that many Afghan politicians and ordinary Afghans are saying the same thing. According to the observer, the US's likely goal is to cause problems for the country's neighbors.

Speaking to Sputnik Dari, Ahmad Wahid Mozhda, a political scientist and former Mujahedeen commander, explained that many Afghans believe in the presence of a 'mysterious foreign hand' in their country helping to consolidate Daesh's position.

"Many members of Afghanistan's parliament, as well as ordinary citizens, are saying that Daesh terrorists are being brought here by unidentified helicopters. There is a great deal of evidence to support this," Mozhda said. "Afghans believe in a kind of 'mysterious hand' working to strengthen Daesh's positions," he added.

US Afghan Operation is an 'Unwinable' War, Scholar Explains Why
Mozhda challenged the US's long-standing assertion that fighting terror was its main mission in Afghanistan, and pointed out that in its 17 years of fighting, the US has not only suffered significant material and personnel losses, but has not been unable to win this war. On the contrary, he noted, the number of terrorist groups operating in Afghanistan has grown exponentially.

"It's worth keeping in mind that when the US sent its forces to Afghanistan in 2001, their main goal was the destruction of al-Qaeda, which at that moment was the only terrorist group in the country. 17 years have passed, and now Afghanistan has over twenty terrorist groups….Why, with the US having spent a trillion dollars on this war, and the international coalition losing about 4,000 troops, has the war not ended?…Why did [even a] 150,000-strong international coalition troop presence fail to ensure Afghanistan's security?"

Mozhda also pointed to the steep rise in drug production in Afghanistan since 2001. "The Americans are saying that drugs fuel terrorism, and that [terrorists] receive income from drug production. Over the past 17 years, there has not been any serious struggle against drug production and drug trafficking in Afghanistan, even though this serious problem clearly exists." 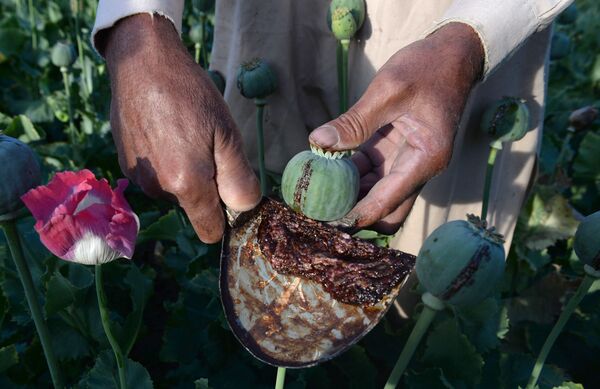 ‘We Are Surrounded’: 21 Terrorist Organizations Active in Afghanistan
All this, the observer says, "gives rise to a number of questions regarding the fight against terrorism, which has not been successful in Afghanistan."

Ultimately, Mozhda indicated that concerns from Iran and other countries with the possibility of US intrigue in Afghanistan were fully justified, since unlike the Taliban, which limits its activities to one country, Daesh is bent on destabilizing the entire region. "Unlike the Taliban, who did not have an international program, Daesh's goals are to create problems in neighboring countries, including China or the Central Asian countries."

In this light, "the goal of supporting terrorism in Afghanistan is to create a threat to the countries of the region – to Iran, Russia and China, countries which have difficult relations with the USA," the analyst concluded. 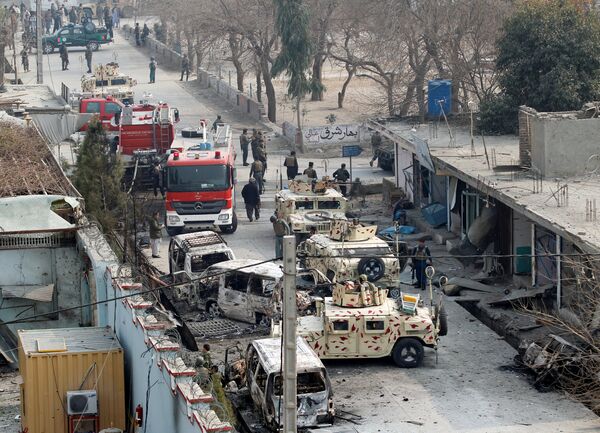 Last week, Iranian Armed Forces' Chief of Staff Mohammad Baqeri accused the US of transferring Daesh militants from their crumbling caliphate into Afghanistan. "When the Americans realized that Daesh and [other] terrorist groups lost the territories they had previously occupied in Iraq and Syria, they transported them, by various means, to Afghanistan, and we are now witnessing the explosions, terror and new crimes being committed in Afghanistan," the officer said.

Speaking to Sputnik Dari, Afghan Defense Ministry press secretary Dawlat Waziri denied Baqeri's claims. On the contrary, he noted, "the Americans help us destroy the Daesh terrorists, as well as other terrorist groups in Afghanistan." Waziri stressed that the US military contingent in Afghanistan was crucial to the country's security, and noted that the US provides valuable training, consultations and planning assistance to the Afghan military, as well as direct air and ground support against the terrorists.